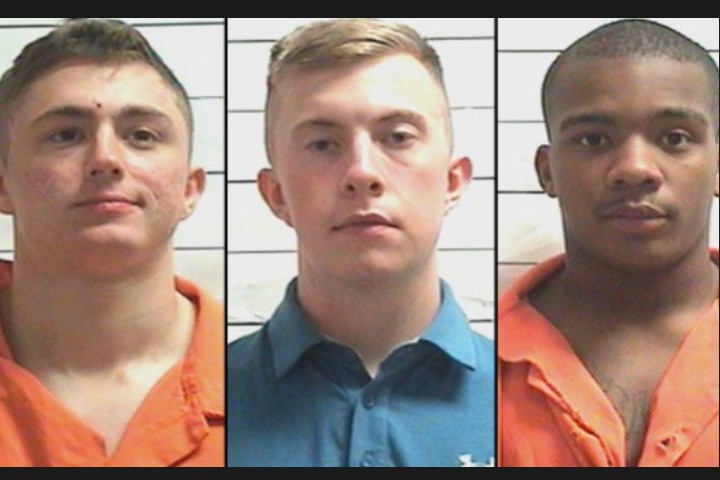 3 US Marines charged with rape in New Orleans

Three US Marines have been charged with sexual assault in a case involving a Tulane University student and her friend in New Orleans, according to court documents from the Parish of Orleans in Louisiana.

According to police affidavits, the two women told police they went to a New Orleans bar on April 14, became intoxicated and left the bar April 15 with a man later identified as Landrum. Based on surveillance footage from the bar, investigators said one victim appeared “moderately intoxicated/impaired” and the second woman looked to be “highly intoxicated/impaired.”

The three went to the residence of one of the women, police said. It’s unclear exactly what happened at the residence, based on police documents and a university statement. Tulane issued a statement saying the women met two individuals not one man at an uptown establishment and later went to the student’s residence. A short time later a group of males “arrived and engaged in unwanted acts with the student and her guest.

The subjects departed some time later,” the Tulane statement said. In the police affidavit for the Landrum arrest warrant, the woman who lived at the residence said Landrum forced himself on her and her friend. But the affidavits for Davenport and Anderson say “Male one (Landrum) engaged in sexual acts with both victims, which was (sic) allegedly consensual.” The woman said Landrum also invited some friends to her residence.