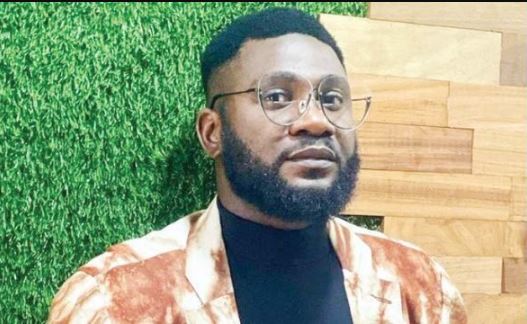 Jide Awobona, the popular Nigerian actor, has said acting romantic roles in movies does not bother his wife.

In an interview with Sunday Scoop, he said, “It is only when one is married to an insecure person that they would have an issue with one doing certain things in movies. I don’t smoke or womanise in real life but if a movie role demands it, I would do it. My wife does not have issues with me over the roles I play. It is not like she won’t be jealous but she knows I am only doing my job. She trusts me.”

Explaining why he recently called out his niece’s teacher who bullied her because she refused to give out his number, Awobona said, “The way a public figure addresses issues is different from the way a private individual would. If I had gone to the school, I would have created a scene. I did not write the teacher’s name or even the name of the school (in social media post). I also did not mention my niece’s name. Whoever the teacher is, I’m sure they would understand that the message was meant for them. That is one of the benefits of social media. If the teacher wanted my number, they could have come to my social media pages.”

Asked to name his most challenging movie role so far, he said, “I think the most challenging role I have acted is that of a blind man in a Yoruba movie titled, Alimi. I got a lot of positive reviews and awards for my performance in the four-part movie in which I acted in about 100 scenes. The movie totally took me out of my comfort zone. However, I interpreted the role so perfectly that someone once called me and asked if I had ever been blind in real life (laughs).”

Speaking about his role in the popular television series, Jenifa’s Diary, he said, “I have acted in several series including Super Story, Family Ties, and Tinsel before I joined (the cast of) Jenifa’s Diary. I gave it my all and even turned down many roles because of it.”