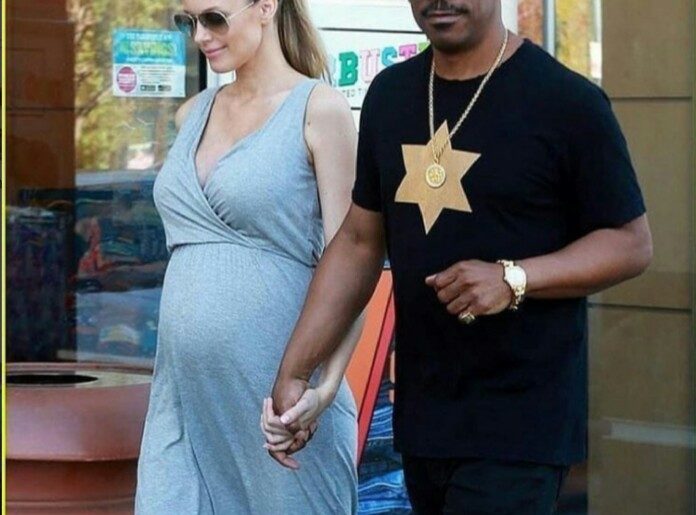 Veteran Hollywood actor/comedian, Eddie Murphy, has confirmed he is expecting his 10th child with his partner, Paige Butcher.

The announcement comes on the heels of recent sightings of his girlfriend, Australian actress, Paige Butcher, with a visible baby bump.

In 2016, the longtime couple welcomed their first child together, daughter Izzy Oona Murphy.

She was also the first child for Paige. The actor has confirmed that they are indeed expecting a child. His representative also confirmed to E News that the baby is due in December.

While Murphy and Butcher have been dating for years, the Coming to America star has managed to keep their life together mostly private save for the occasional joint red carpet appearance.

This is partly due to the fact that both of them stay off social media.