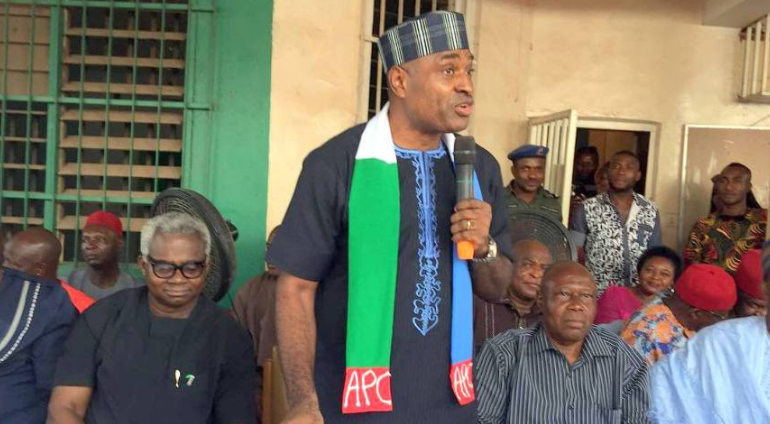 Veteran Nollywood Actor, Kenneth Okonkwo, who recently unveils his political ambition to run under APC has told all Igbos that he believes President Buhari’s is the most credible person to vote for in the presidential election next year and his re-election is the automatic ticket for South-East to produce the president in 2023.

The actor who is fully under APC has campaigned and endulged his people, fans and followers to vote for president Muhammadu Buhari at thr 2019 Presidential Election as he feels he’s still the best man for the Job.