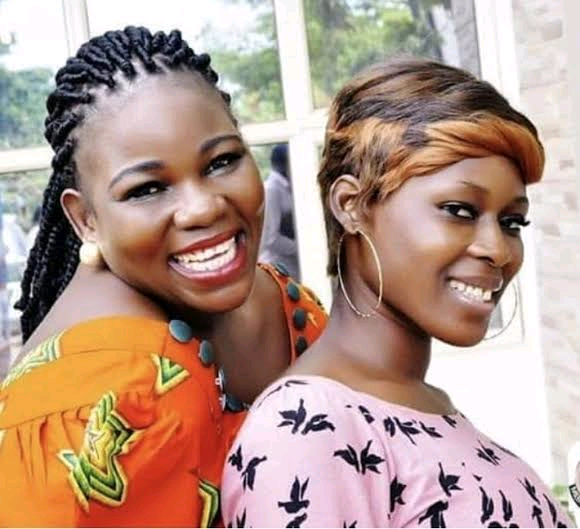 Popular Nollywood actress, Ada Ameh, has been spotted at her only child’s grave a year after she lost her to the cold hands of death.

Ada Ameh was spotted with her best friend, actress and entrepreneur Empress Njamah.

In a video posted on social media, Ada Ameh thanked her friend Empress Njamah for choosing to pass through the difficult time with her.

Information Nigeria recalls that Ada Ameh announced the death of her only child and daughter, Aladi Godgift, in October 2020 and then went into a deep mourning thereafter.