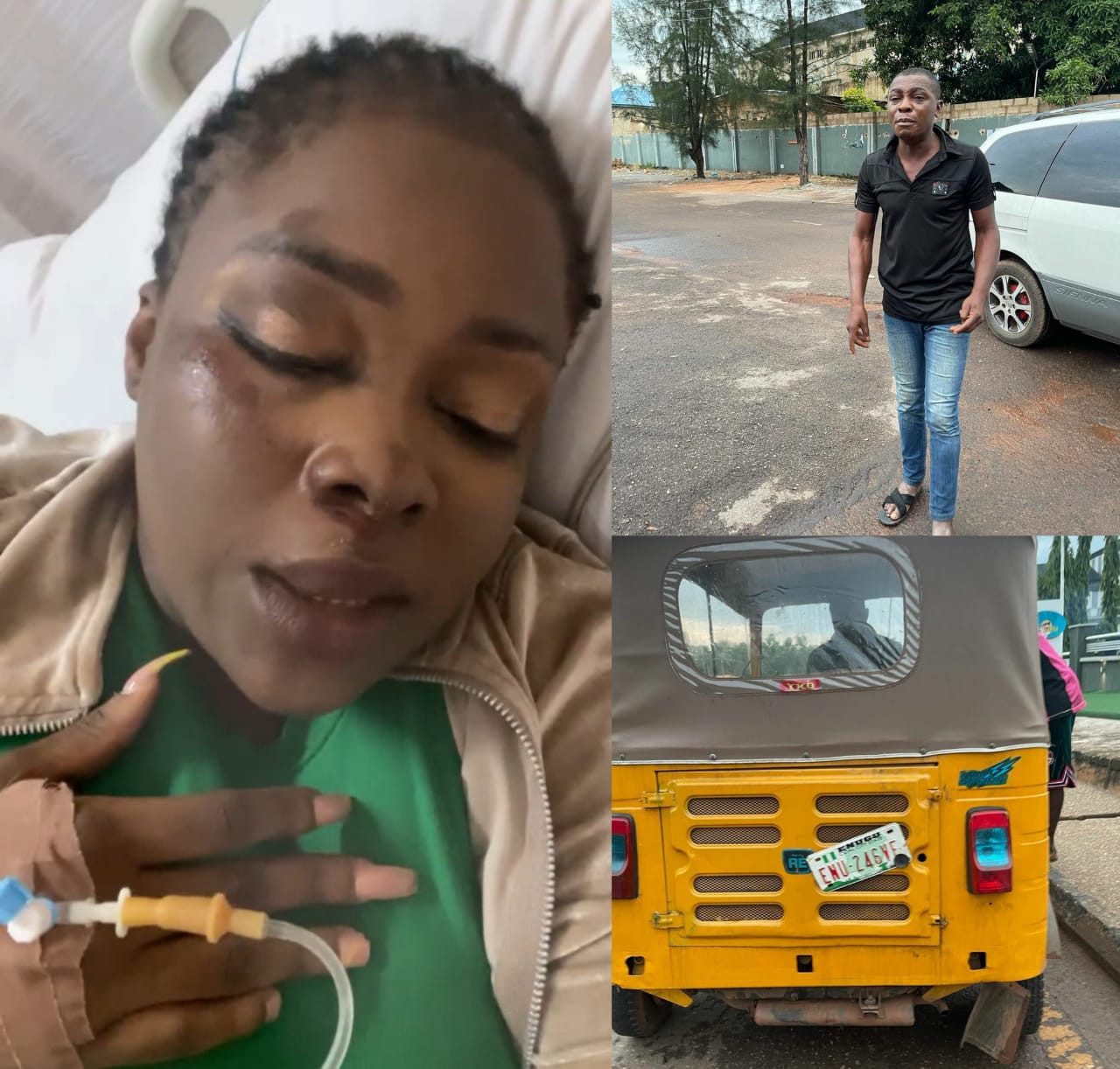 Actress Ejine Okoroafor has narrated how she escaped a near-death experience with a tricycle driver in Enugu.

Okoroafor who is currently hospitalized said she feared for her life during the encounter that happened on Monday, July 11.

In a video shared online, Ejine stated that she was on her way to her hotel after she finished from a shooting location when she boarded a tricycle. She became uneasy when the tricycle rider decided to buy fuel while taking her to her destination.

She said she expressed her displeasure and this angered the man who continued driving while talking to himself. She stated that she became scared and asked him to drop her. According to Ejine, the driver refused and continued to move, saying that he helped her despite the fact that Monday was a ”Sit at home” day.

Ejine stated that people in the area came to her rescue and called her location manager who came and took her to the hospital. She said the hospital gave her two injections that began to make her feel uncomfortable as she was having internal cold As the situation began to take a different turn, she was referred to another hospital where she was stabilized.

Watch a video of the actress in the hospital below