Mother of two, Mercy Aigbe has attracted undue attention to herself after she doctored her picture to make it look sexy. 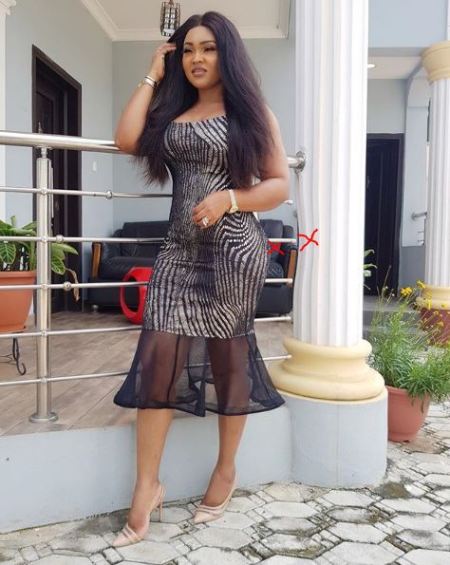 The controversial picture of Mercy Aigbe
Mercy Aigbe’s petite bum seems to be getting to her as she has resorted to underhand tactics to compete with her curvy colleagues in the entertainment industry.
The 40 year old native of Edo State who speaks Yoruba language fluently edited one of her recent photos to enlarge her backside. This had an obvious effect on a house pillar in the picture as it appeared bent.
She has however been mocked on social media for this action, but the controversial actress seems unfazed as usual.