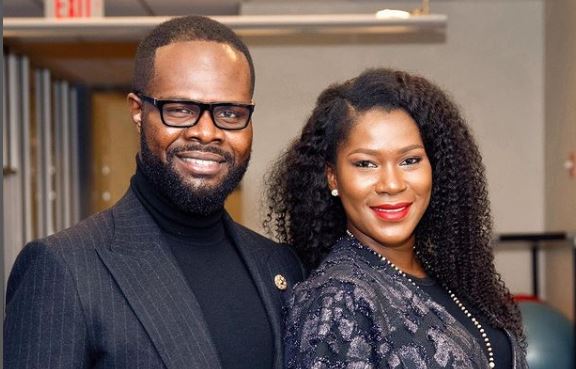 The movie star made this known on her Instagram page on Tuesday, where she shared a picture of herself and her husband, Linus.

The movie star made this known on her Instagram page on Tuesday, where she shared a picture of herself and her husband, Linus.

Describing her son’s birth as a “princely arrival”, the filmmaker expressed gratitude to God, adding that the latest addition has immersed her and her husband in unspeakable joy.

In a statement signed by herself and her husband, the couple wrote, “A princely arrival. With thanksgiving and gratitude to our Heavenly Father, we are delighted to share with you the announcement of the birth of our second son whose arrival has immersed us with unspeakable joy.

“Indeed, the Lord has blessed us beyond measure and our hearts are filled with eternal gratitude. Glory be to His name.”


In another post, the actress shared a picture of her baby bump, noting that some of her fans and colleagues had earlier known about her pregnancy.

“Gratitude… I’m sure some of you guessed all along,” she said.

She added, “And God fulfilled his word…sitting pretty under his grace. It’s a boy!”

Stephanie and Linus got married in a flamboyant wedding ceremony that took place in Paris in 2012, which was officiated by popular Nigerian cleric, Apostle Johnson Suleman.

The couple welcomed their first child, Maxwell Linus, in 2015.