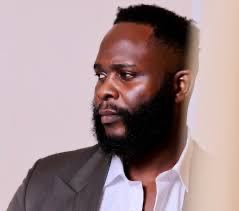 “After 3 Months Of Relationship, You Should Give Your Girlfriend Allowance Of 70k Monthly” – Joro Olumofin Tells Men

Controversial relationship expert, Joro Olumofin, has opined that men should place their girlfriends on at least N70,000 monthly allowance after 3 months of relationship.

“Guys, if you’ve been dating a lady for more than 3 months you should give her a monthly allowance of at least N70,000/$127 every single month. If you’re not doing this, you’re not entitled to 100% of her time.”

Olumofin further addressed the second part of his post to ladies who have been in a relationship for more than 3 months.

Read Also: Ladies having a Backup Boyfriend in 2021 is very necessary — Joro Olumofin

“Ladies, it you’ve been dating a guy for more than 3 months and you visit his apartment frequently, help out with a chore; clean his place, cook for him or help him with his business proposal. If you’re not doing any of this, you should be SINGLE,” he wrote.