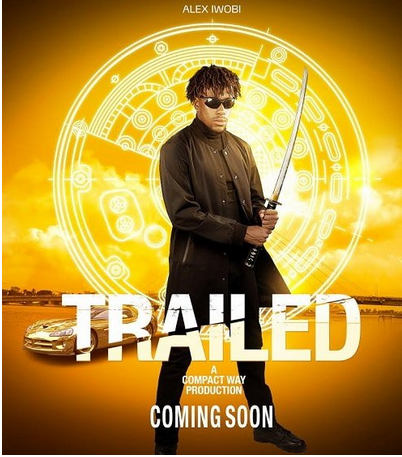 Arsenal football club player, Alex Iwobi is set to feature in a new Nollywood movie as a producer has invited him to act in his upcoming project.

The ace footballer took on a heroic character in the action-packed movie, said to have been shot in the United Kingdom.

He reportedly performed a number of double stunt in the movie that just wrapped up production.

The first trailer of Trailed is set to the released soon.