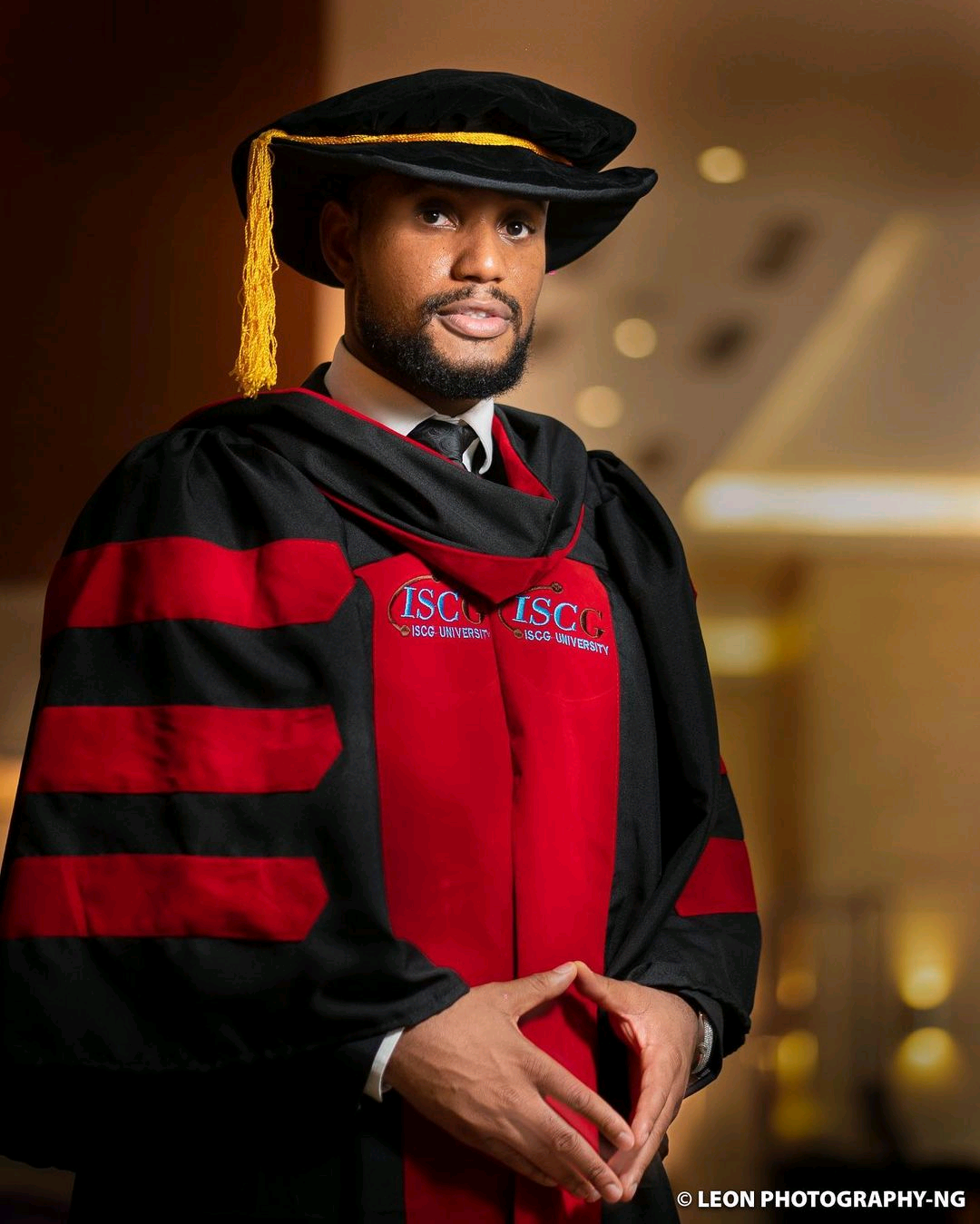 The movie star took to his Instagram page on Sunday, August 29, 2021 to announce the news to his fans, colleagues, and followers.

“Introducing, Dr Alexx Ekubo. Thanks to the governing council of the Institut Supérieur de Communication et de Geston (ISCG UNIVERSITY) for conferring on me Doctorate (Honorary) Degree in Arts & Culture,” he wrote.

This comes after the actor’s former fiancee, Fancy Acholonu, ended their relationship and canceled their wedding which was scheduled to hold in November 2021.

Fancy’s announcement had shook netizens as it came as a surprise considering that the former couple got engaged in May 2021.