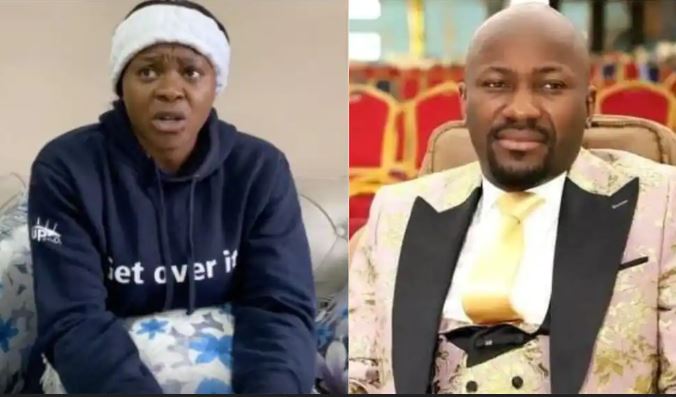 Apostle Suleman Had S*x With Me Twice, Paid Me Money

According to her, she met with Apostle Johnson Suleman some time back in 2016, and the memory still torments her. 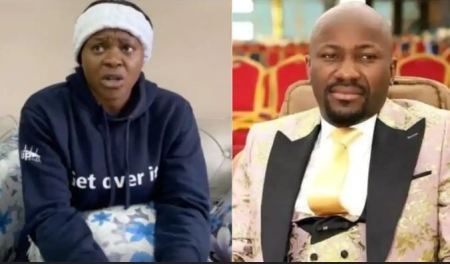 In what will come across as a really shocking development, a serious allegation of adultery has been levelled against controversial cleric, the general Overseer of Omega Fire Ministries, Apostle Johnson Suleman.

The scandalous allegation was made by a Nigerian actress, Chioma Ifemeludike on her Instagram page.

According to her, she met with Apostle Johnson Suleman some time back in 2016, and the memory still torments her.

She said she was introduced to the cleric for a one-night stand in November 2016 while waiting to do her National Youth Service.

She claimed that her colleague, Lynda Clems was the one who arranged the meeting.

“Dear @lyndaclems, I have to tell the world about that hookup you arrange between @johnson_suleman_official and myself on the 20th November 2016 in a hotel at Ikeja, the apostle secretly gave me his number and we had a second meeting at oriental hotels Lagos. I’m sorry my conscience can’t hold it anymore. I encourage you to tell the truth as a mother and a Christian, to put the devil to shame and save millions of souls been misled…

“To my family and friends, I am sorry,don’t judge me please pray for me so the light of God will continue to expose every works of darkness in my life and the church of God…