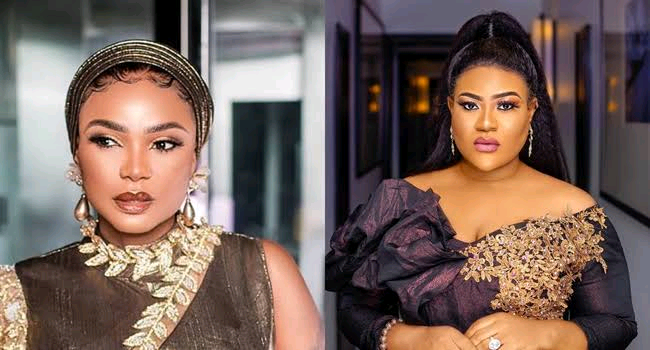 The association, during a press briefing in Lagos on Saturday, June 26 said it would not entertain any form of disrespect by both actresses who tried to drag the association in the mud.

Speaking at the briefing, member board of trustee, Prince Jide Kosoko said the association is aware of the derogatory statements made by Iyabo Ojo against the Association and the industry as a whole noting that they will not take further insults.

“As you may be aware, certain unpleasant things have happened lately that has dragged the name of our association, TAMPAN in particular and the industry in general in the mud, which in totality are against what we stand for as individuals and as a group of professionals.

We particularly observe the continuous derogatory statements made by Iyabo Ojo against the Association and the industry as a whole.

Please note that we are not against her stand on the issue of alleged rape or sexual assault as the case maybe, which the Association and individuals have equally condemned at one time or the other, as we believe only a person without conscience will support rape or sexual assault in any form. However, Iyabo Ojo’s reckless accusations, abuses and embarrassment of our sector is also totally condemned.

Unfortunately, Nkechi Blessing has also joined in the Ignoble tirades against the Association and by extension, the industry and we say enough is enough!

As pioneers of this noble industry, if we fold our arms and allow the continuous blackmail that send negative signals across the world to go unchecked, the current situation that had impugned on our integrity will continue to grow to the detriment of humble practitioners, whose only source of livelihood is the practice of indigenous language movies (promoting Language to preserve culture).”