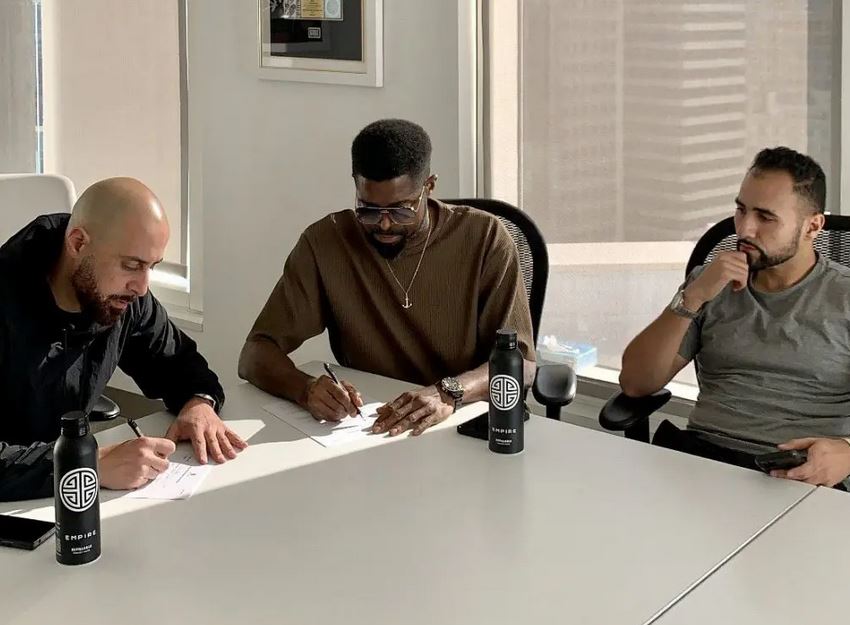 The actor who wears many hats made the announcement via his Instagram page on Wednesday, October 13, 2021, sharing photos from the official signing ceremony.

With a successful album, ‘Yabasi’ already under his belt, the next feat was to get signed up by an international label that will see his music reach a far greater audience.

“Hey guys, did I mention that I’ve been signed by @empire? Well… I am,” he captioned his post.

Empire is an independent record label that handles music licensing and distribution and boasts a lineup of successful Nigerian artistes such as Olamide and Fireboy DML.