The reality star revealed that she bought the car for her mom and dad in a space of 6 months.

BBNaija star, Wathoni Anyasi took to social media to reveal that she purchased two cars for her parents.

The reality star said that she bought the car in a space of 6 months.

She added that “family is super key” to her.

See photos of the cars below; 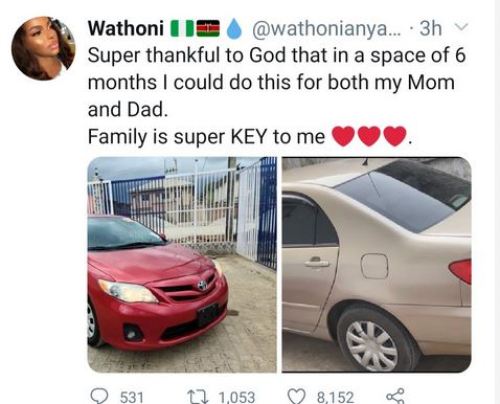 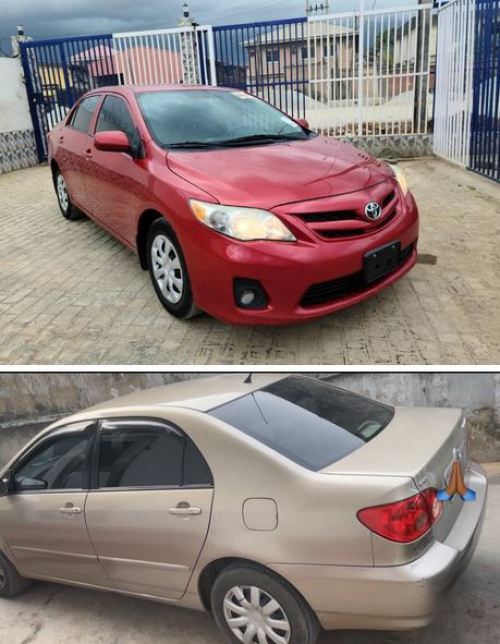