BBNaija Shine Ya Eye: Reactions As Yousef Says His Students Are Crushing On Him

Biracial BBNaija Shine Ya Eye season 6 housemate, Yousef has attracted attention to himself after his statement that his underage students are crushing on him.

The Intro-Tech teacher said this to Ebuka while on stage before making his way into the house.

Yousef also added that it’s a good thing that he’s not a pedophile.

This statement seems not to sit well with viewers as they have taken to social media to react to it.

@iSlimfit wrote: “Which kain nonsense talk be that nah. “My students are having a crush on me”. You be pervert? Yousef, come on!!” 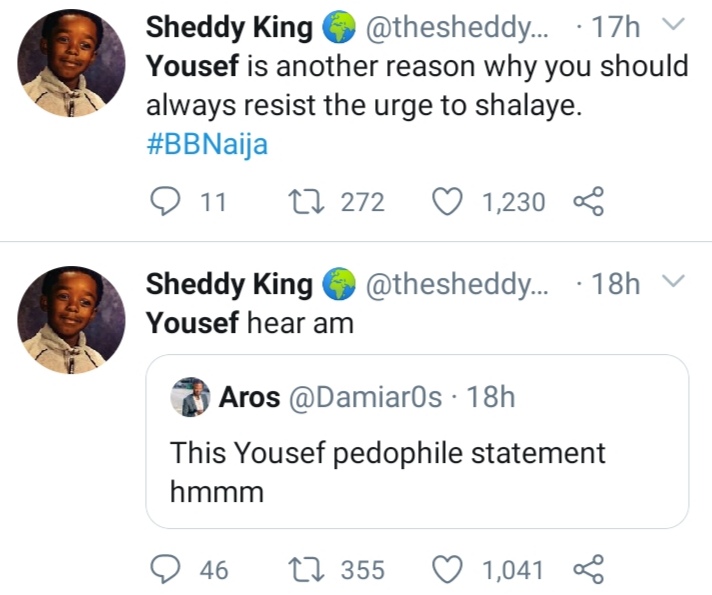 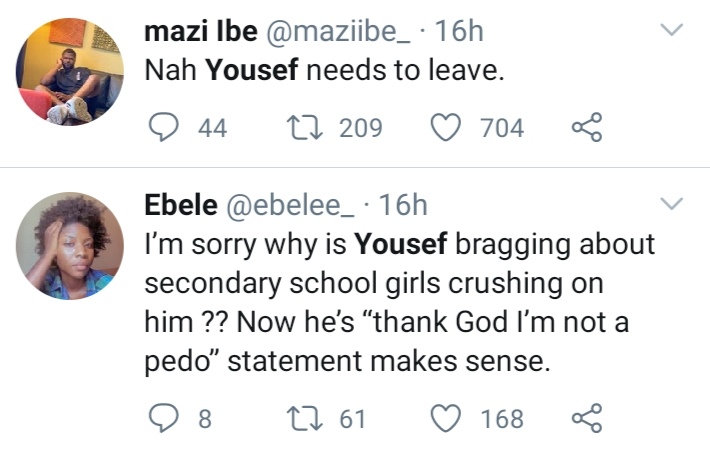