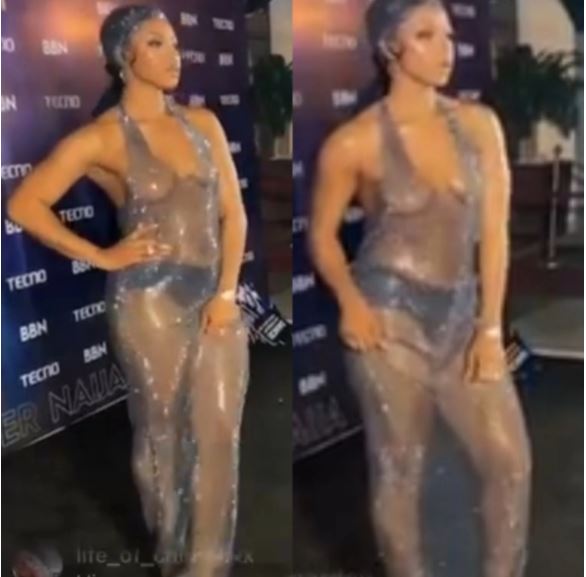 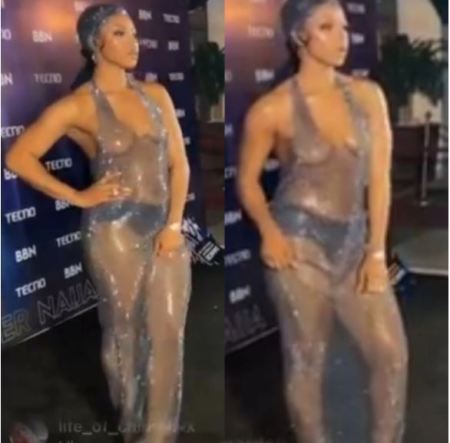 The reality star left little to the imagination as she attended an event in a see-through dress.

The former Big Brother Naija reality star didn’t wear a bra beneath the sheer dress and this put her breasts on display.

Her black underwear was also on display as she posed for photos on the red carpet. 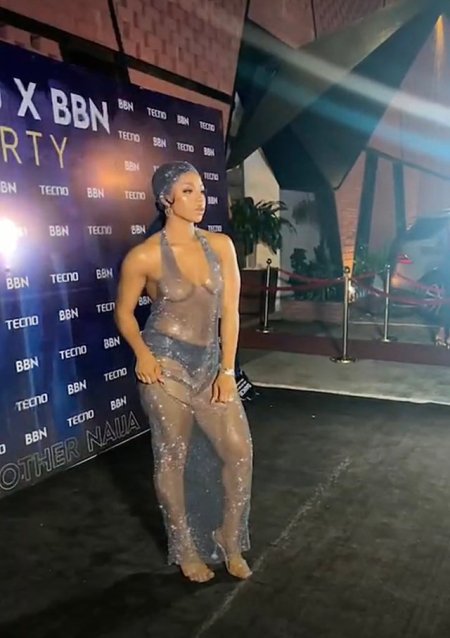 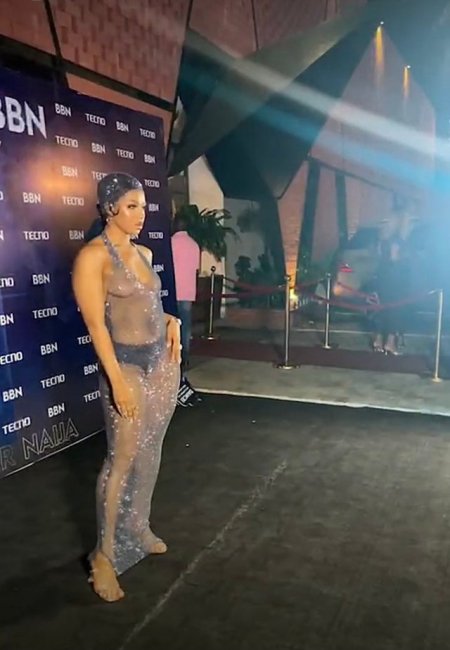