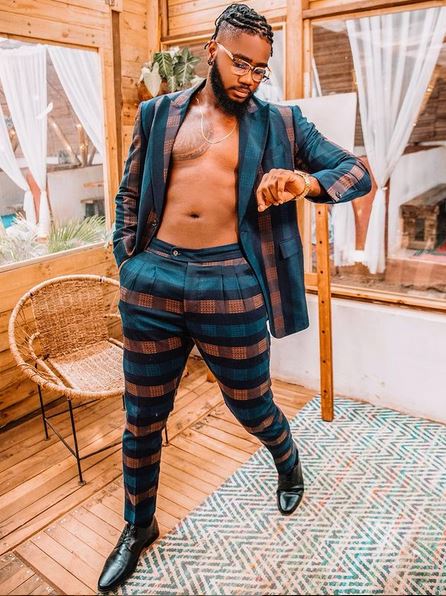 BBNaija Star, Praise Tells Future Wife What To Do When He Misbehaves Instead Of Calling Him Out On Social Media 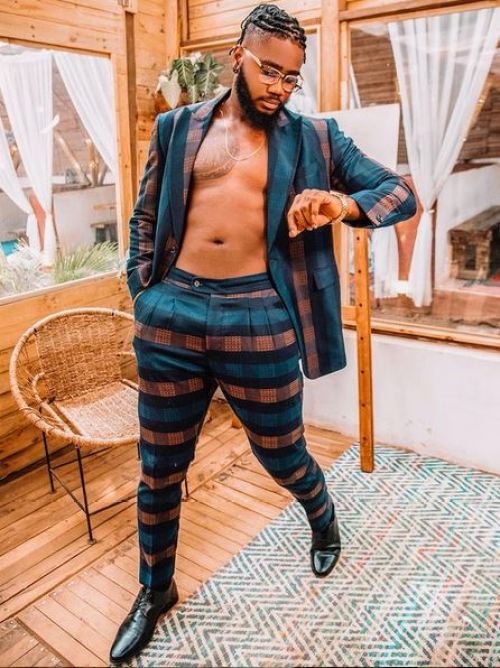 Former Big Brother Naija Lockdown housemate, Praise Nelson has appealed to his future wife never to call him out on social media when he misbehaves.

He said this after a number of celebrities called out their significant others or former spouses, starting with Annie Idibia who slammed Tuface on Instagram, OAP Nedu and estranged wife who slammed each other, and Prince Kpokpogri who threw shade at Tonto Dikeh.

Reacting to the public call out, Praise wrote on Instagram: “Dear future wife, if I ever get you so mad, angry or I misbehave please pull my ears in the house, and not on sm (social media).” 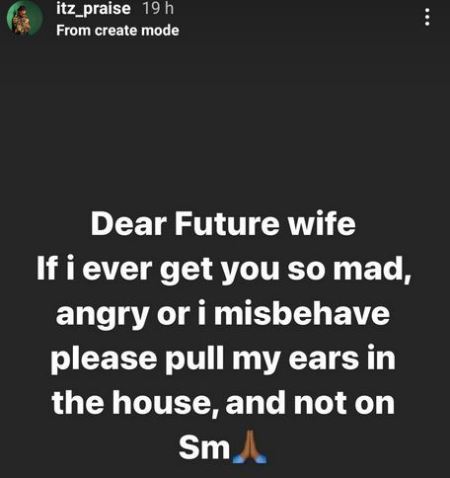 Praise was engaged to his child’s mother before going for the Big Brother Naija reality show last year. However, months ago, he hinted at his relationship being over.

Just before Valentine’s Day of 2021, when asked who his valentine is, he said he’s celebrating alone this year.