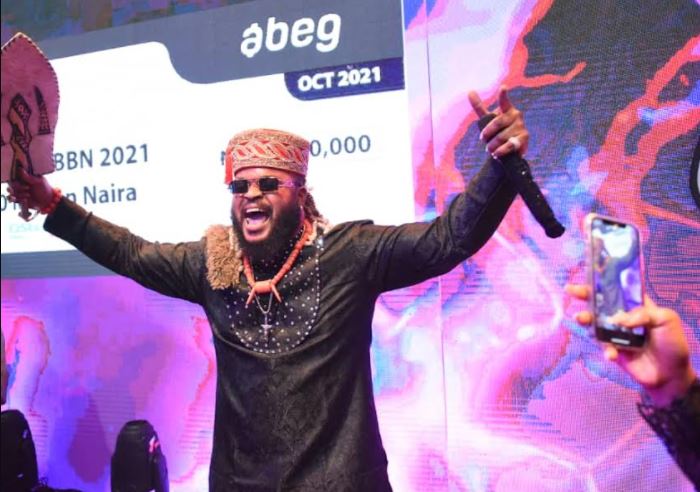 BBNaija — Through The Eyes Of Organisers, Sponsors, And Religious Leaders

There is no doubt whatsoever that Big Brother Naija (BBNaija) is one of Africa’s biggest reality shows. It is also believed to be the biggest Big Brother franchise in the world right now.

The fact that the production of its sixth season alone cost “about N4.3 billion” while it also amassed over 1.3 billion votes is a testament to the show’s popularity.

Since the reality show made its debut, it has proven to be a major part of Nigeria’s pop culture and captured the hearts of many of its audience. It has also created several celebrities and influential figures in the entertainment industry.

But the reality show has had its share of fierce criticisms due to multiple complaints that it displays obscene and vulgar scenes which a segment of Nigerians consider to be against African culture.

It has also continued to trigger controversial debates with questions — like “Is the show truly a reflection of the society?” and “To what extent is it influencing the society?” — dominating discussions on social media platforms.

This article examines the show from the purview of the organisers, sponsors, religious leaders and ex-housemates.

WHAT THE ORGANISERS ARE SAYING

One thing that is clear before the organisers put up the show is that they have some expectations and what they hope to achieve. The big question now is, have they achieved these expectations?

At the finale of this year’s edition, John Ugbe, the CEO of MultiChoice, was asked: “Did the show live up to the entertainment value?” to which he replied, “It even exceeded the expectation and highest so far.”

Speaking with TheCable Lifestyle on the motivation behind the show, Busola Tejumola, executive head of content and West Africa channels at MultiChoice, said after the show’s spell in Africa, it was localised in Nigeria because reality shows are good viewership and engagement drivers.

According to her, the show was also localised in the country because it excites its Nigerian audience.

On the influence of BBNaija on Nigerian society, Tejumola said while the show is emphatic on achieving high entertainment value, it also drives contemporary pop culture.

She also said that the show presents contestants with life-transforming opportunities even as it unites different cultures, tribes and religions.

Tejumola went further to say that conservative Nigerian subscribers who find the show offensive have the options not to watch it by taking off the channel if the need be — since it is rated 18.

WHAT ATTRACTED SPONSORS TO THE SHOW?

MultiChoice Nigeria earlier announced Abeg, a fintech company, as the headline sponsor of the BBNaija 2021 edition.

Abeg took over from Betway, which was the headline sponsor for last year’s edition of the show.

What then is the motivation behind brands investing millions of dollars in the show?

At the prize presentation for White Money — winner of the show’s sixth edition — Ayo Akinola, head of business development for Abeg, said placement on the show contributed 7000% growth to the brand.

According to her, the initial 20,000 users of the platform skyrocketed to 1.8 million users in just three months.

“Our aim is to introduce our brands to the market which has been very successful, the show has brought a lot of traction to us and we have been very grateful for everything that has happened. Abeg grows from 20,000 users to over 1.8 million users, which is actually a 7,000% growth in just three months,” she said.

Ogunwede, however, said Patricia’s advertisement on the show changed the narrative and brought traction from the host country and other African countries to what the brand is “selling.”

FROM THE EYES OF RELIGIOUS CUSTODIANS

A plethora of religious leaders who shared their opinions about BBNaija lamented the moral impact of the show on the spirituality of people — both in Christianity and Islam.

Such clerics also alleged that the show corrupts the youths, perverts culture and the state of mind of the Nigerian people at large.

Sarah Omakwu, the senior pastor of the Family Worship Centre (FWC), had in August cautioned her congregation against watching the show, saying “it’s satanic“

The Lagos chapter of the Muslim Students’ Society of Nigeria (MSSN) also asked the federal government to ban the reality TV show for “promoting immortality and social vices.”

Ifeanyi Akunna, vicar of Anglican Church of the Epiphany, Abuja had also urged everyone watching the reality show to “desist from it and ask God for forgiveness.”

In 2019, the Muslim Rights Concern (MURIC) had called on the national assembly to proscribe the reality show.

Ishaq Akintola, the group’s director, had described BBNaija as a platform that promotes nudity, shamelessness and open promiscuity.

He added that it contributes to the dwindling of moral values, saying the prizes given to housemates is encouraging a “desperate quest for wealth by all means” among youths.

WHAT IMMEDIATE PAST HOUSEMATES HAD TO SAY

Just like the organisers, some of the immediate past housemates agreed that the show is a reflection of the society in separate interviews with TheCable Lifestyle.

For Tega Dominic, the show is the incorporation of our entire society put on screen. She also said that “it is supposed to tell our everyday life, that is why we have different personalities in the house”.

On his part, Michael Chukwuebuka disclosed that the show is a social experiment and an “inflated representation of our society.”

The 28-year-old entertainer added that it is an “inflated” representation of our society because it serves as a microscope that looks carefully into our society, depicting the nature of our vast and diverse community with a group of 23-26 different persons.

Also adding her voice, Saskay, who had something to say to those from the north calling for the ban of the reality show, disclosed that detractors must understand there is no script to how housemates should live their lives on the show.

She added that the participants decide on how to live and present themselves to the viewers.

According to the Adamawa-born reality star, BBNaija participants, who are customarily selected from the pool of the Nigerian society, have the opportunity not to disguise but to live their real lives, and by implication, reflect the society through their unrestrained behaviours.

They came on the show with a lot of inordinate experiences and a quest to win the grand prize of N90 million. In the process, even with the cameras on them, the housemates exemplified the attitudes they have acquired over time from their environments, friends, acquittances and families, and in turn show viewers what the products of our society are capable of doing.

However, their acts and behaviours on the show would by chance influence young minds, who look up to them as role models.