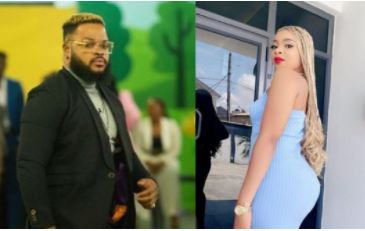 BBNaija season 6 winner, Whitemoney has been accused of deceiving Queen and her fans.

The claim was made by social media handler of BBNaija Shine Ya Eye Star, Queen Mercy Atang.

The handler, whose twitter handle is @joyswiit said that WhiteMoney’s handler, promise, is trying to use Queen in his pursuit to chase clout for Whitemoney.

She tweeted; “Money gang warn ur handler, he shouldn’t use Queen to buy friendship with WhiteMoney.

“We don’t need fake love, He should stay far away. God will repay Queen’s kindness”

Queen’s handler went on to rant about how WhiteMoney accused Queen of chasing clouts with his name, hereby insulting her in the process.

According to her, WhiteMoney also ordered Queen to join him on instagram to chat with fans after having talked to her in an impolite way.

“Today, you had the audacity to call her to insult her?

“You said, she was shouting your name up and down who sent her?

“How ungrateful, You didn’t stop there, you ordered her to join you LIVE on instagram, cos you needed to speak to your people what is her business with that?

“Let this be the last time WhiteMoney will call Queen to insult her, then go live to be saying I love you,” she said.

We recall that in his first live video, WhiteMoney expressed his undying love and appreciation to Queen while assuring her that no harm will come her way from trolls. He added that his fans love her just as he does. 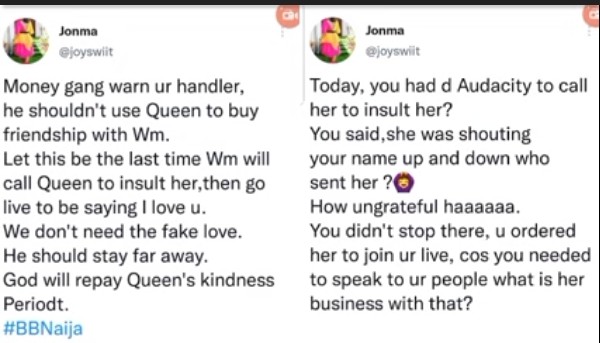