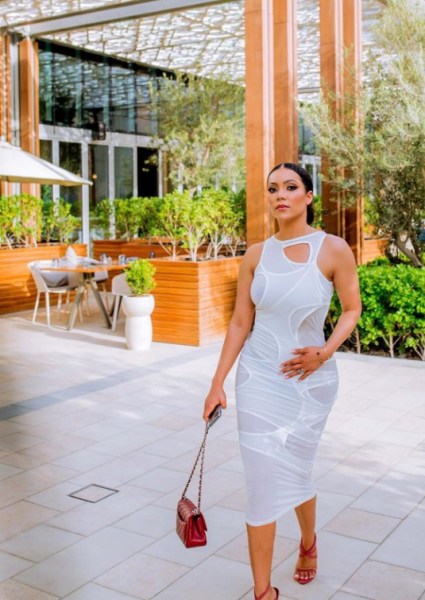 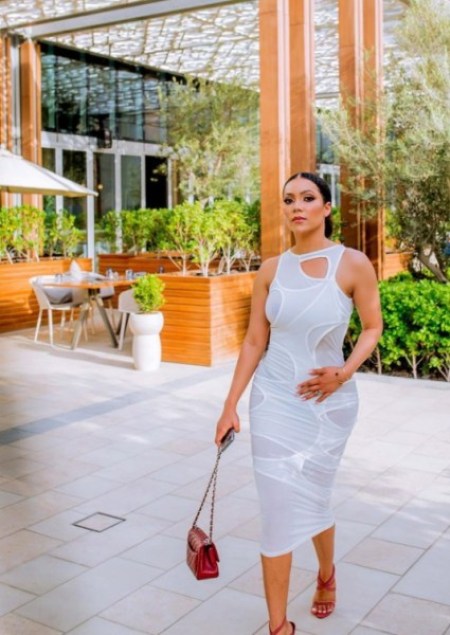 The blog accused the reality star of having an alleged affair with a married man.

This is coming barely 24-hours after the conclusion of the ‘Shine Ya Eye’ edition of the show which Maria participated in.

According to a popular Instagram blogger, Gist Lover, the biracial reality star is allegedly having an affair with a married man who is making plans to divorce his wife to be with her.

“Dear Maria, kindly stay away from somebody’s husband, Atutu Poyoyo, if that man give him wife that divorce letter, e go red for you, I just said I should warn you in advance. I come in peace,” the blogger wrote. 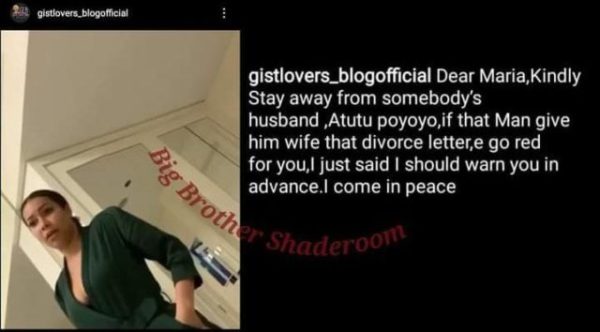 I Have Faced Several S*xual Harassments – Beautiful Model, Favour Phillip Speaks Up
Oh No! Nigerian Actress, Nkechi Sunday Blessing Collapses At Her Mum’s Funeral (Videos)
“Jane Mena And I Have Had All Kinds Of Sex,” Prince Kpokpogri Says In Leaked Tape
No Comments YetDrop a Comment