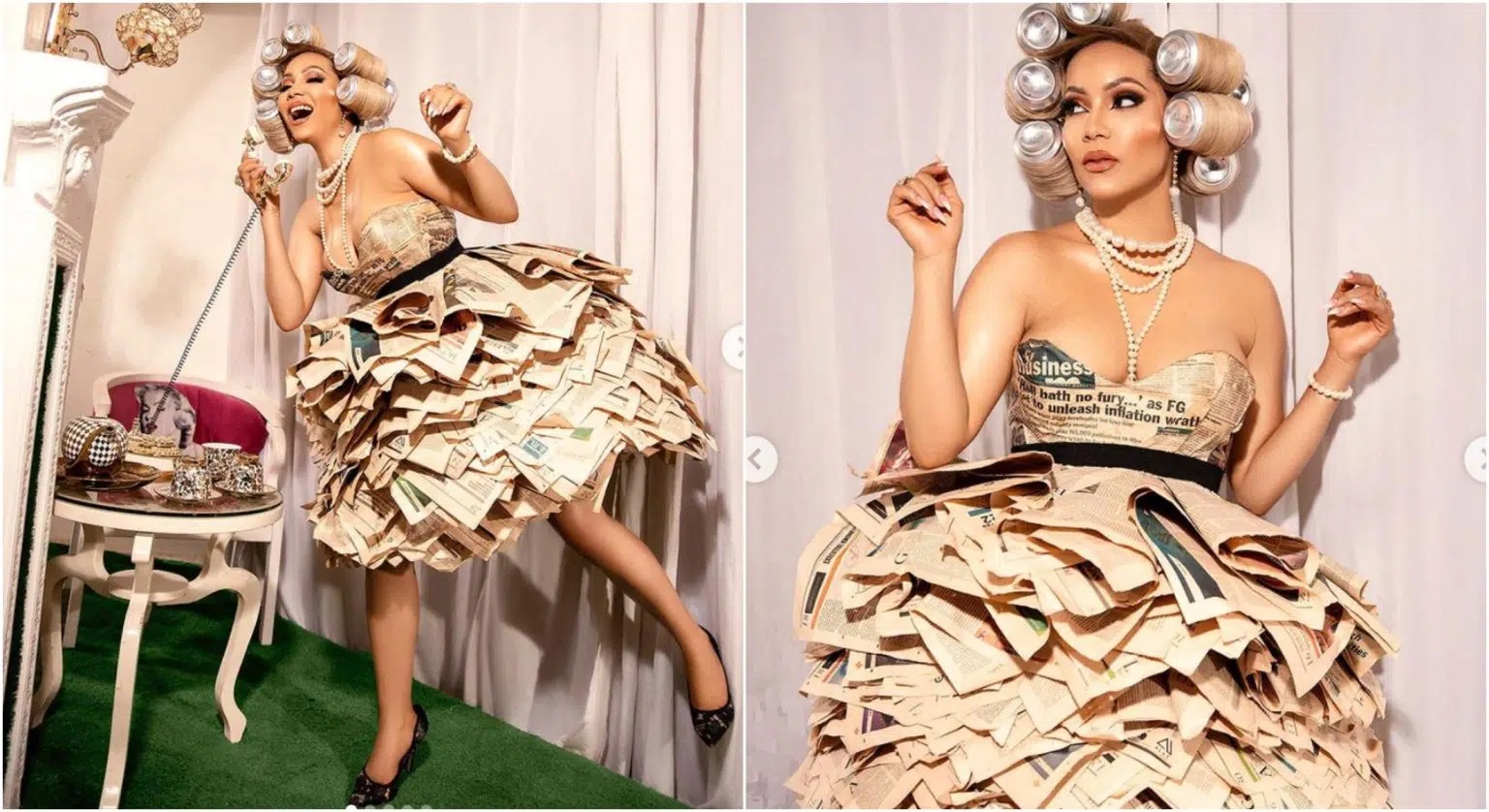 A former Big Brother Naija’s Season 6 Housemate Maria Chike Benjamin has been lambasted on social media for claiming to be 30 even when there is a video evidence showing her admitting her real age of 33.

it all started a few hours after she shared her pre-birthday photos, rocking a blue floral dress.

In the photo, she claimed she would be celebrating her 30th birthday in a few days.

Some fans who saw the discrepancies in her age called her out for lying.

Many social media users pointed out how Maria had used different ages since she came to the spotlight and during the BBNaija reality TV show.

Meanwhile, a throwback video of Maria, Boma and Pere discussing the Biggie house has surfaced online.

The three reality TV stars revealed their age in the video, and Maria admitted she is around age 33, which has sparked uproar online.

According to social media users, Maria lies a lot and questions why she is afraid and shame to own her actual age.

doofan_ wrote: She is in her late 30’s obviously. People keep running away from aging forgetting it is actually a blessing and some people don’t get so privileged to live that long. Imagine if she is 38 or 36 and looks the way she does,…thats a good thing but Instagram will make people lose their senses.

msmo_gratitude wrote: Maria is gorgeous! But definitely doesn’t not look anything below 32 ..

efakiddsandmore wrote: If you watch that season well,you will know Maria lies a lot

fiisiiayomi wrote: Why do people lie about their age though? Isn’t it better for people to learn your real age and be shocked you look that young?