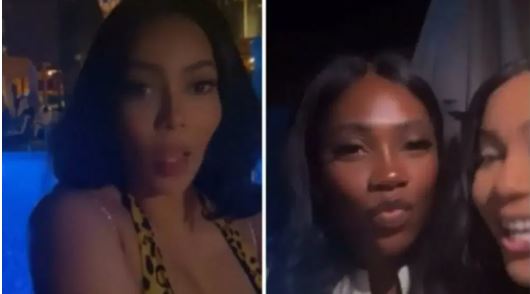 In the trending video, Maria met Tiwa Savage, but was quite shy as she kept on blushing. She teased Tiwa Savage as she called her “a queen.” 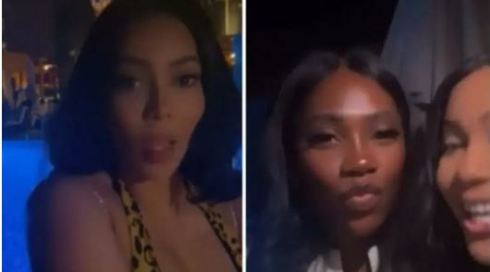 The reality star who couldn’t hide her excitement took to her Insta stories to share the video.

While blushing, she called Tiwa a queen.