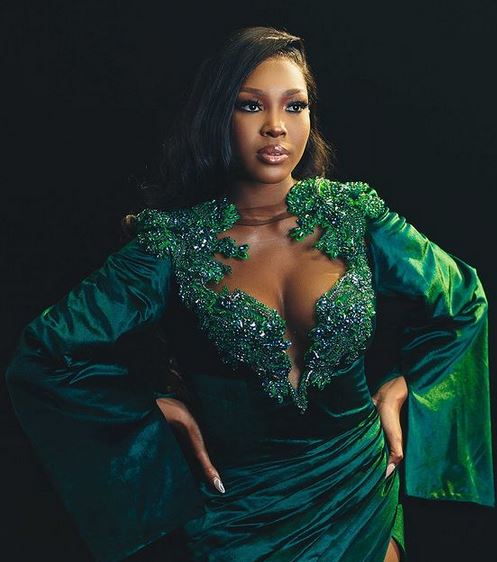 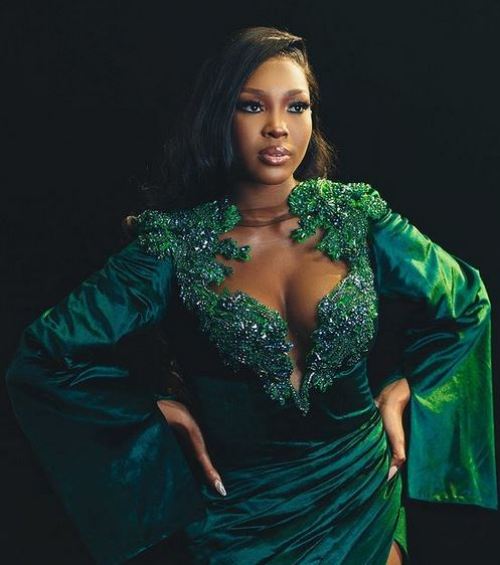 Former Big Brother Naija housemate, Vee has lashed out at those who doubt her age.

Recall that the musician who turned 25 recently, was attacked by trolls who insisted that she looks older than 25.

Vee on Monday, shared a throwback photo of herself from 13 years ago in which she was cradling a baby boy who is now 13.

Someone then replied to her story “And they say you aren’t 25! This is their receipt.”

She posted the message and wrote: “Common sense is not common my dear” 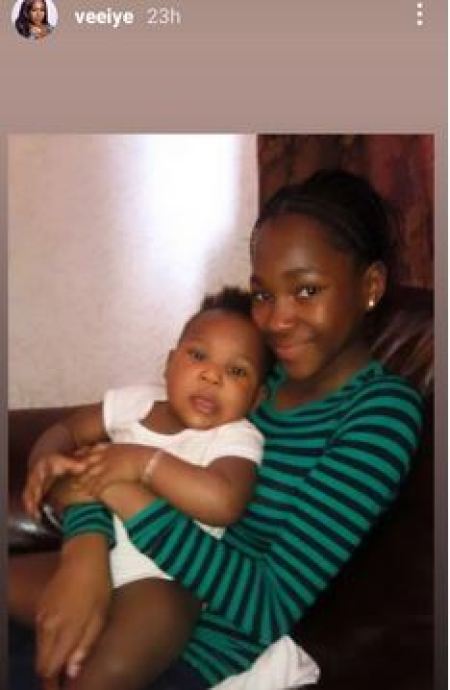 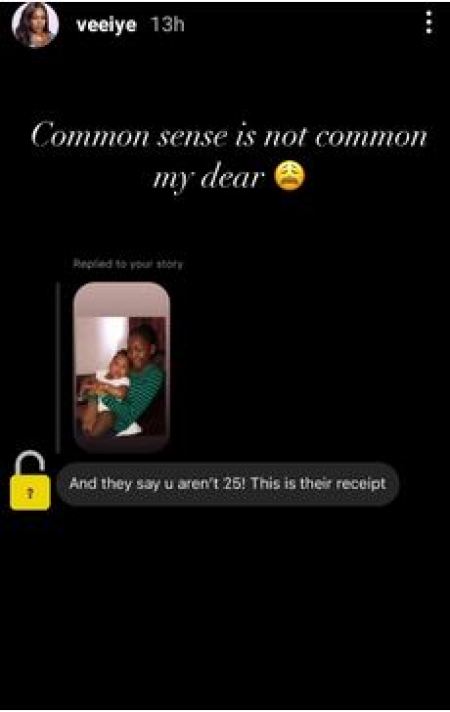