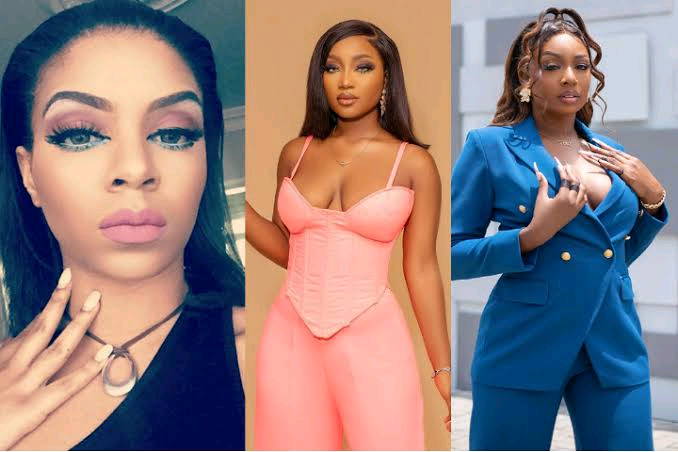 The ongoing BBNaija Lockdown reunion has affected alumnas of the Pepper Dem season, Venita and Esther.

Esther took to her Twitter page to slam Tolani Baj’s attitude towards Vee during the latest episode of the reunion show.

“You tried to use her “boyfriend” to make a guy that you don’t care about jealous and you’re making noise. So f*cking silly. You’re in a healthy relationship and you’re vexing over something that happened last year, a guy that isn’t man enough and a friend whose man you tried to take. Aunty bad b*tch, pls rest. Bringing her college degree into the mix??!! Nah that’s a low blow,” she wrote.

Venita who saw the post could not ignore it as she stepped in to remind Esther of her actions during their season too.

“@esther_biade be guided! We know how you move around your friends’ love interest boo! And that’s strictly on!!!!!,” she replied.

See the exchange between the duo below: