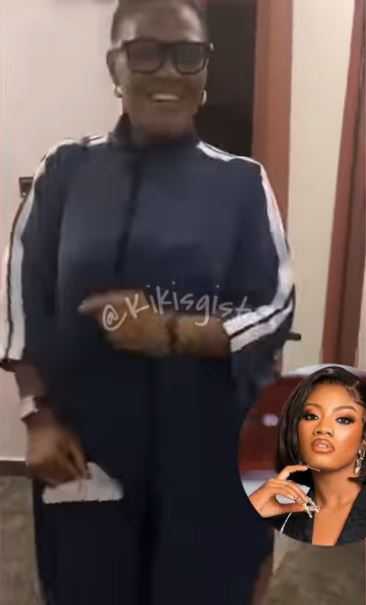 Angel’s grandmother is also a vibe.

The ageless woman left fans amazed after showing off her dance moves.

Fans of the Big Brother Naija star, Angel Smith heaped accolades on the family after she showed off her grandmother.

The 21-year-old writer who came into the limelight courtesy of her lively display in the BBNaija Shine Ya Eye house first got lots of people astonished after her mother and father surfaced in the course of the show.

Angel’s grandma with her superb ageless looks could be seen gyrating to the sound of music.