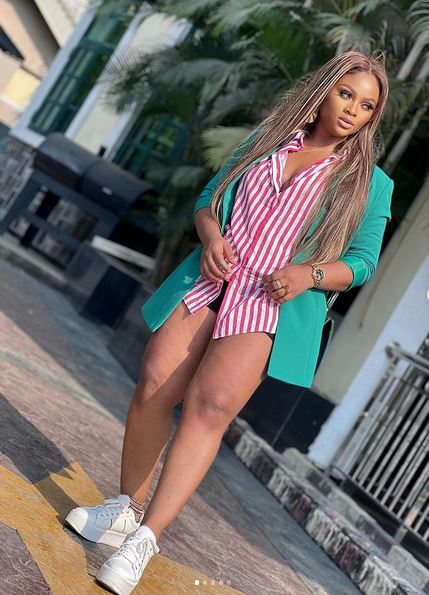 Before You Drag Anyone, Just Know You Are Shown What You Want To See – Tega Dominic Tells Fans As Reunion Begins

BBNaija housemate, Tega Dominic has given a heads up to fans of the show as the reunion starts airing.

The long-anticipated Season 6 Reunion show premiered on June 2nd and has since sparked controversy on what and what not to expect.

Taking to the micro-blogging platform, Twitter, the mother of one warned on the course of action to follow from whatsoever scenario on the show as it was simply scripted like a movie.

“As we begin… just know that you are shown what you want to see, there is a bring down to lift another, it’s a mind game, it’s a social experiment, so before you drag anyone, just know this is just a movie..

watch and enjoy the Bants and cruise..,” Tega Dominic wrote.