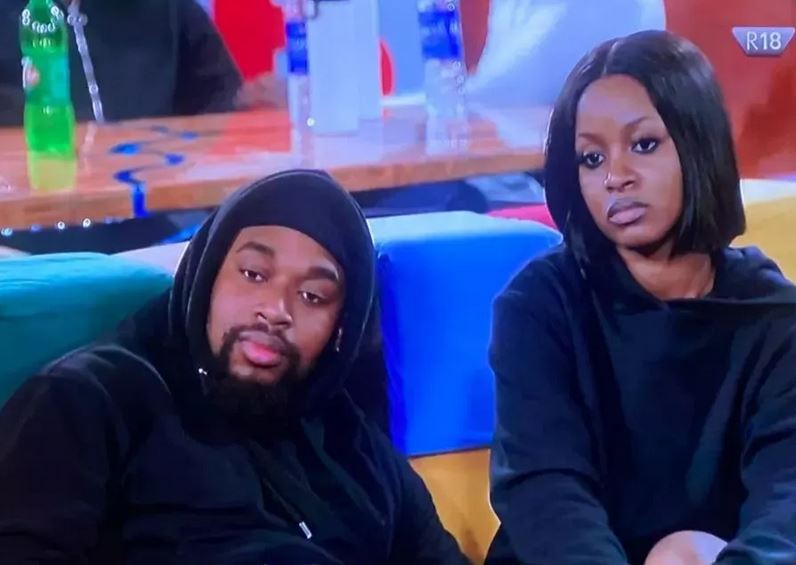 Big Brother Naija Level Up lovebirds, Bella and Sheggz have been issued their first strikes for disobedience and provocation respectively.

Big Brother made the announcement when he gathered the housemates in the lounge on Sunday evening, shortly before the live eviction show.

While issuing his judgement, Big Brother knocked Sheggz for not taking part in the punishment that was assigned to him.

Earlier in the week, Sheggz was made the tail of the house and was asked to serve any of the housemate who asked for his help; an act he failed to do.

On her part, Bella was accused of provocation when she confronted Rachel over an argument on food; which later led to wastage of the food.

For that reason, Big Brother also issued Bella a strike while Rachel received a warning for getting riled up by Bella’s actions.

Trouble started on Wednesday night when Bella demanded for beef when Rachel was dishing out food for the housemates.

Rachel told her that beef was not kept for Bella but later gave her the beef.

Sheggz became upset about Rachel’s actions and called her stupid; an action that annoyed Rachel who also said Sheggz’s generation was stupid.

During the altercation, Bella shoved the food in front of Rachel and it poured on the table.

After Biggie played the clip of the incident for the housemates on Sunday evening, he reminded Bella and Sheggz that of they received too more strikes each, they’ll be disqualified from the show.