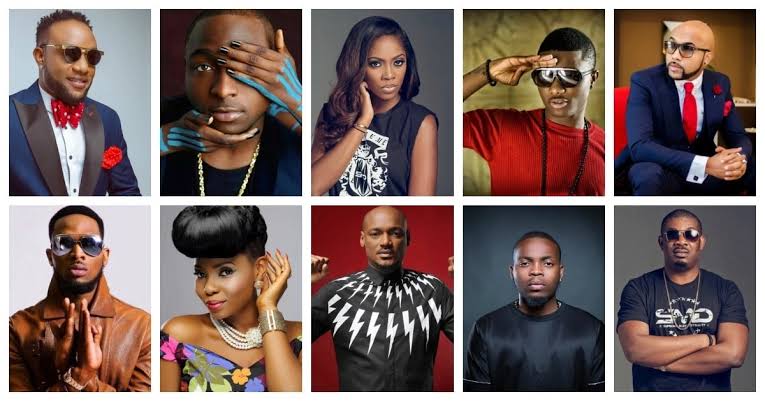 The Year 2020 which ushered in a decade in the entertainment industry in Nigeria also remains one of the busiest years in the industry especially the music sector. Despite the Covid 19 Pandemic and End Sars Protest that took place across the Country, Nigerian Artistes ensured they delivered good music to the ears of their listeners and music critics across the country and Africa at large. In this article, we examine the Top Ten Most Anticipated Albums in the Nigerian Music Industry for the Year 2021.

Most A-List Artistes dropped their projects in 2020 to rave reviews both locally and in the international scene as Spaceship and Atlantic Records act,Burna Boyalso bagged his second Grammy nominations with his album ”Twice as Tall.

These are the albums that Nigerian music lovers are looking forward to, in 2021.

1)Peruzzi– DMW Act and Davido’s Songwriter, Peruzzi announced his sophomore album “Rum & Boogie” will drop in November 2020. Due to some delays, the album did not drop in 2020. The album features Artistes like Phyno, Davido, Wande Coal, Tiwa Savage, Dremo, Idowest, Teni and Fireboy and one of the singles from the album “Southy Love” featuring Fireboy is doing well on the airwaves. The album is expected to drop in February, 2021.

2)Runtown– Nigerian Singer Douglas Agu popularly known as Runtown inadvertently leaked his album on Twitter in September 2020 but he was able to quickly bring down the links. The 12 track album is tentatively titled “Sound God” and features Artistes like Bella Shmurda, Hudson and Darko vibes. The music album is expected to officially drop in 2021. The lead singles off the Album “Kini Issue” and “Body Riddim” are doing well on the airwaves.

4)Rema– Since he came into the scene in 2018, Divine Ikubor aka Rema has consistently delivered hits. Rema has 3 EPs so far in his career and a string of hit singles like Dumebi, Iron man, Lady, Woman, Corny, among others. Divine Ikubor has since won an Headie Award, nominations for the BET among other career achievements. Fans are expecting his debut album to drop under Mavins Records this year and he has confirmed same via his Twitter account.

5)Laycon– The Rapper achieved widespread Fame when he won the BB Naija Lockdown Edition in 2020. He also dropped his debut EP “Who is Laycon” under the imprint of Fierce Nation Entertainment the Same Year. Laycon has promised his numerous fans a project this year and a lot of us are in anticipation of an album.

6)Mr P– Former member of the Psquare duo, Peter Psquare has since decided to launch his solo career and his record label, P classic group after the duo decided to go seperate ways. He dropped his debut single for year 2020 in December titled “Follow My Lead” featuring Wande Coal. His debut album tentatively titled “Euphoria” is expected to drop in 2021.

7)Teni– Teni Makanaki is one of the leading female acts in Nigeria and one of the few top female Artistes that didn’t drop a personal project in 2020. With an impressive single run in 2020 like MJ remix with BadboyTimz and Jo, the singer had hinted that her debut album will drop in 2021 and fans are seriously anticipating.

8 )Paul Okoye– The Former Psquare member had massive success with his single ” Audio money” which remains his biggest solo single. He is also working on his debut album which is expected to drop in 2021 same year as his twin brother.

9)Chike– Chike warmed in way into the hearts of many Nigerians especially ladies when he released his debut album “Boo of the booless”. The album was released to rave reviews and acceptance. Chike has stated in interviews that his sophomore project was already in the works while he was promoting his debut album and fans are eagerly waiting for the album to drop in 2021.

10)Oxlade– Ikuforiji Abdulrahmann Olaitan aka Oxlade has been touted as the next Wande Coal in the Nigerian music industry. With smooth vocals, fine looks and a charming personality, Oxlade is sure on his way to greatness. He dropped his debut Ep ” Oxygene” in 2020 and has hinted on an album to be released in 2021 as fans anticipate same.