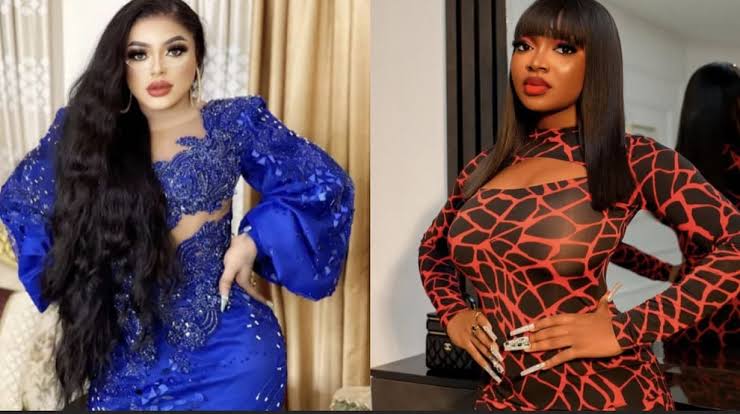 Bobrisky Loses Temper As He Fights Papaya Ex At Event

Controversial crossdresser, Bobrisky Okuneye, has taken his social media rift with famous influencer, Papaya Ex, to the real world as he threw a bottle at her at an event.

This comes after Bobrisky asked the influencer to maintain the same energy she used online to confront him in reality while threatening to beat her up.

While at a party, James Brown and Papaya Ex danced close to where Bob was seated and at a point he got infuriated by their presence.

He reacted angrily and caused a stir for a few seconds before taking a plastic bottle and purposely throwing at James Brown and Papaya Ex’s direction.

Luckily for Papaya, the bottle didn’t hit her.

READ ALSO: My Boyfriend Gives Me $17k Monthly To Take Care Of Myself – Bobrisky

In another clip, Papaya could be seen giving a mocking dance step to Bobrisky, who was trying to maintain class at the event.

The crossdresser was so furious that he warned people to stop recording him.