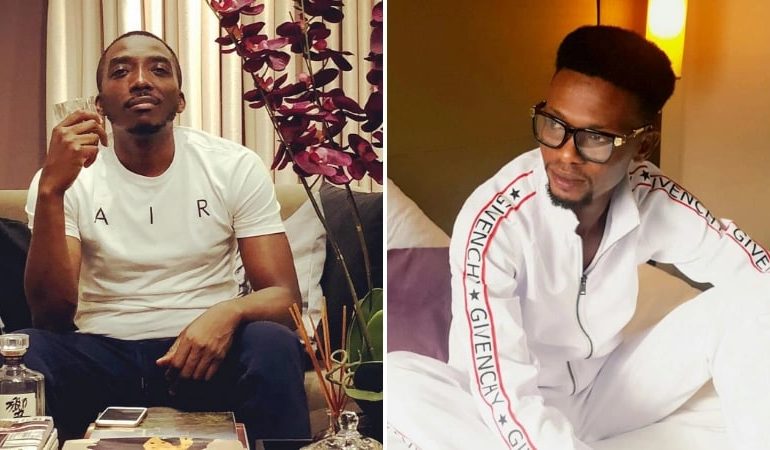 It appears all is not well between comedians Bovi and Igodye. This is because of a one sided exchange they both had on Instagram yesterday.
Igodye had written a lengthy post concerning former Delta state governor Emmanuel Uduaghan’s alleged plan to run for senate in 2019. He detailed why Uduaghan who according to him is 64 years old and should not be seeking for elective office instead he should be nominating someone younger to run.
Read  his Igodye’s post below:

IF YOU CAN RENT 1000 KVA GENERATOR FOR 1,536,000,000 ( ONE BILLION FIVE HUNDRED AND THIRTY SIX MILLION ) TO RUN THE DOME EVENT CENTER, WHEN YOU CAN BUY THAT GENERATOR FOR 43 MILLION. WHAT WILL YOU RENT OR DO WHEN YOU BECOME SENATOR ?Life often offers us an opportunity to act,speak and do the needful at all time. I am destined to speak and act for the voiceless.
However,
As the Ukaid Goodwill Ambassador on making a difference Against corruption, I believe, that for us to collective prosper as a nation we all must speak and act against corruption.
Remarkably, the fight against corruption has not being objective. The warm embrace and presidential hand shake given them after decamping expresses negativity in the fight against corruption.
At this point in our Nation, the true value of our lives as citizens, will be appreciated if we look beyond our immediate status of comfort and build a patriotic ideology to protect our country from further abuse.
In my civil quest to change and advocate for youthful leadership what is right,Charity must begin at home.In reflection of what should be ideal, Ex -Governor Dr Emmanuel Uduaghan born 22 October 1954 age 64 years, on August 6th 1999 age 45 years you became Commissioner for Health in Delta State, on 6 June 2003, Uduaghan was appointed Secretary to the Delta State Government and 29 May 2007 age 53 you became governor of Delta state.you should be be advocating for a younger candidate ,instead of the personal ambition to run for the Senatorial position in Delta State.
After enjoying the executive position for (8) eight years, with a allocation of 62.2bn a year × 8 years, over Five trillion nine hundred and seventy one billion two hundred million (5,971,200,000,000 ) within that period, noting can be ascribed to you ,in terms of infrastructural and human capital development.This is enough reason why he shouldn’t seek any other elective position in Delta State.

Bovi who wasn’t happy with Igodye’s post and commented that since the veteran comedian was friends with the ex-governor, why did he not tell him this when he was in office.
He wrote;

I don’t understand. Why didn’t you tell him all these while he was governor? Because I know you were his visitor and friend multiple times till the end of his tenure.