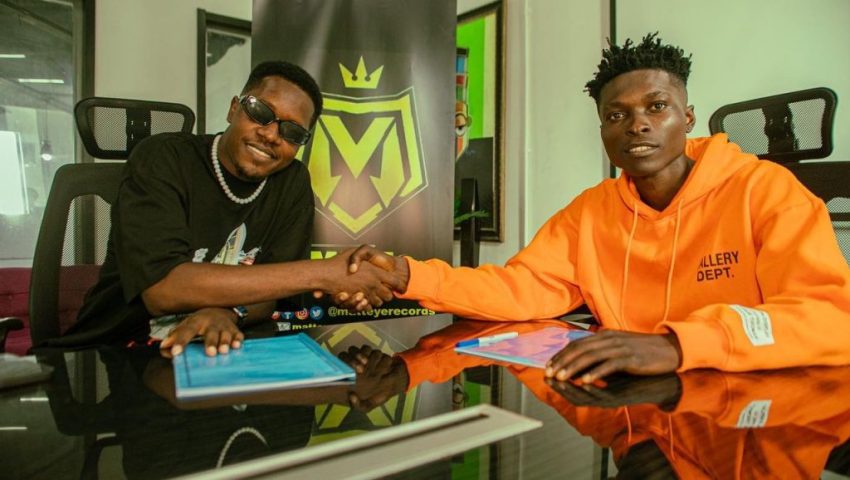 Nigerian Afro-beat singer and songwriter, Gabriel Lucky Ovu also known as BMO (Bad Man Original) has joined a global record label, Matteye Records, increasing the A-list artistes on the label, floated to give musicians opportunity to reach their fans across the world.

The Ebonyi State born entertainer has over the years honed his music skills as a super talented underground artist before gaining recognition across the country, which has endeared many to him.

After signing the agreement yesterday, he described his move to Matteye Records as a dream come true and that the label will further boost his popularity, particularly increasing his fans based beyond the shores of Nigeria.

In his own words, ‘it’s all God’s engineering at work and I’m super delighted to be where I am now in my career in the capable hands of an experienced label and team. I remember how I emailed my unreleased singles to Matteye Records, and now I’m living the dream”.

BMO (Bad Man Original), who has concluded plans to release his official debut single, was awarded the Artist of the year, Best Upcoming Art, And most classic at his home town during his secondary school days..

Speaking after the signing ceremony, the spokesperson for Matteye Records, Prince Fredoo Perry, explained that BMO was signed based on his passion for music and several other talents discovered in him.

He assured music lovers globally that the artiste has several tracks in the pipeline that would be released to inspire listeners.

According to Pito the label manager, BMO has a burning passion and raw talent, he’s humble and ready to work and we believe together we can make magic.