Cameroonians “Beats Up” Davido Over His Controversial Statements 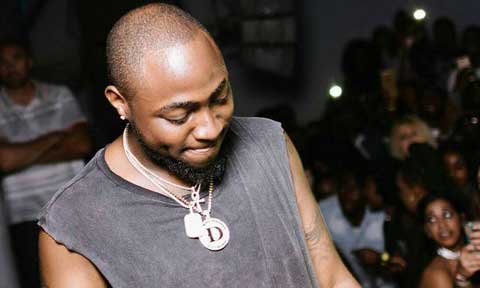 Nigerian singer Davido who is one of the most controversial musicians in Nigerian has just landed on the wrong foot after trying to take a jibe at Cameroon.
The singer was to host his 30 Billion Concert in Douala, Cameroon over the weekend but with his first approach towards Cameroon, the singer will not be given that loud ovation he has been receiving in other African countries.
Davido issued that Cameroon as a country only boost of two popular individuals which he knows all others are mere citizens that are just occupying the country.
Davido claims to only know Cameroon’s popular footballer Samuel Eto who played for Barcelona football club of Spain and their famous musician Rapper Stanley Enow which he has collaborated with in the past, aside this two there is no other person that he knows.
He may have a fan base in Cameroon but when you take a jibe on a country then you are totally on your own (OYO).
Cameroonians trooped online lavishing insults and taking the singer down for making such statement.
A fan even reminded him of mentioning one of theirs Roger Miller in one of his song ‘Gobe’.
With the comments and bashing made by Cameroonians it can be said to be a total beat up for the multiple award winning singer. Prior to visiting a nation to perform you have already spat fire how will the show be; won’t it be filled with hatred and bitterness?