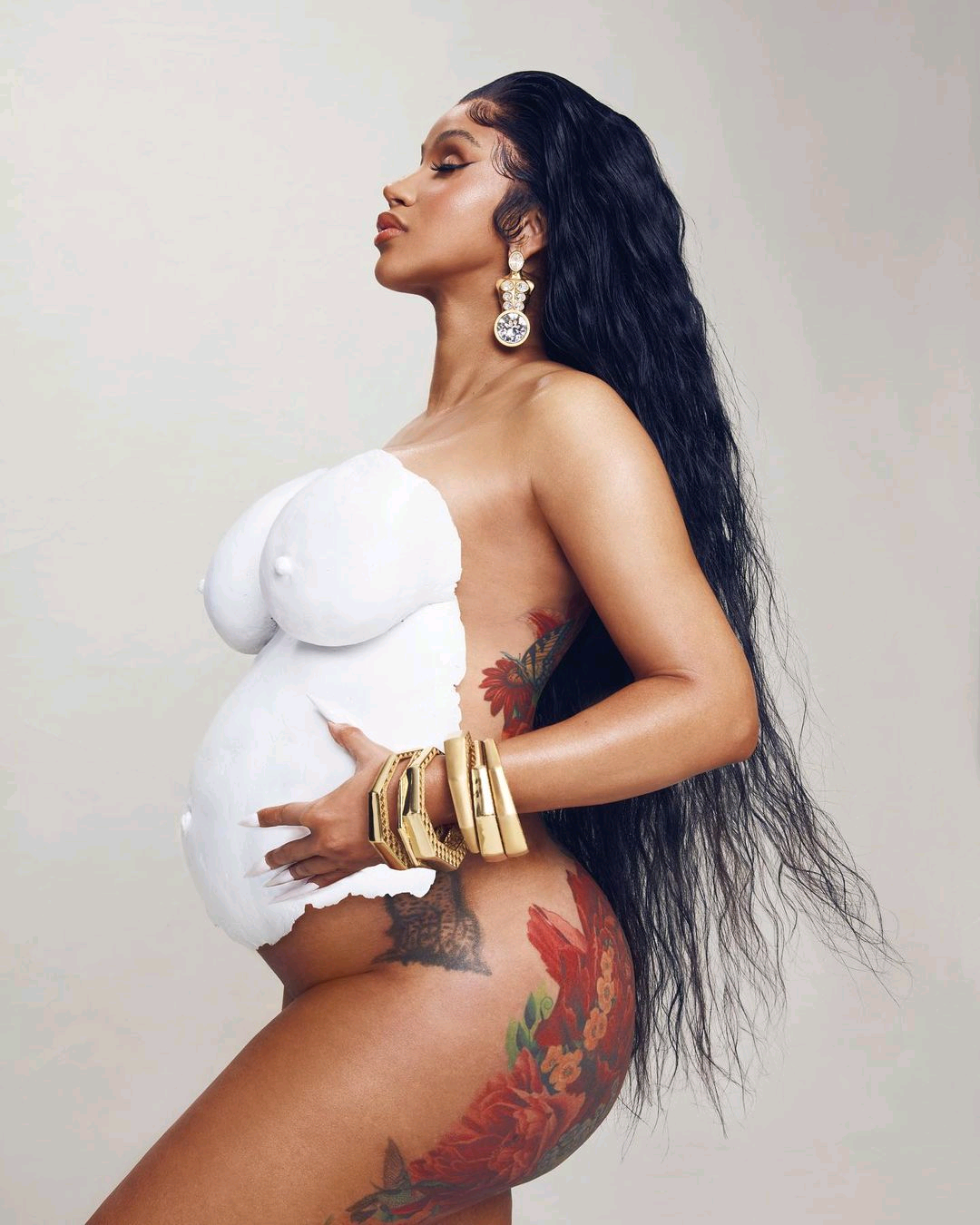 Popular American rapper, Cardi B has revealed that she is expecting her second child with her husband and fellow rapper, Offset.

The “WAP” crooner shared a photo shoot of her belly bump on her Instagram page and tagged Offset to the post.

Read Also: Cardi B Reacts After Being Criticized For Thanking God

Both rap stars welcomed their first child, a girl named Kulture on July 10, 2018.

Cardi B had filed for a divorce in September 2020 citing “irreconcilable differences”.

In November 2020, she announced to fans that she had decided to cancel the divorce suit, stating that it’s hard staying away from Offset.