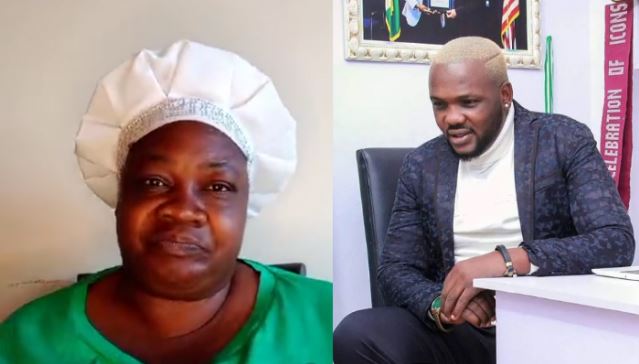 Damilola Adekoya, the popular Nigerian comedienne and actress, who is popularly known as Princess, has rained curses on her colleague, Yomi Fabiyi.

Princess, on Thursday rained curses on actor Yomi Fabiyi and his child following the sentencing of their colleague, Olanrewaju Omiyinka a.k.a Baba Ijesha.

Baba Ijesha was arrested and arraigned before the Ikeja Domestic Violence and S*xual Offences Court last year after he was caught in an indecent position with a child on camera.

Justice Taiwo Oluwatoyin found the defendant guilty of two of the six counts against him and sentenced him to jail for 16 years, adding that the sentence will run concurrently for five years.

Princess, whose foster child was the victim in the case, in an Instagram live video on Thursday, rained curses on Fabiyi, who showed support for Baba Ijesha during the trial.

In the video, Princess laid curses on the actor’s son, Akorede, whom he welcomed with his girlfriend, Grace Jimoh, in February.

Akorede in Yoruba means a child who has brought fortune.

“Yomi Fabiyi, your son whom you called Akorede has not brought any fortune for you. The day you point your hand to your child, you’re pointing your hand to an unfortunate thing,” Princess said in Yoruba, as she clutched the Holy Bible to her chest.

In response, Grace took to her Instagram story to share a picture of herself and her child, as she blessed her child.

Grace wrote, “Heavenly Father, may my child Akorede Imoleayo not fear, for you are with him. As I place my child in your mighty loving hands, give him peace.

“Akorede, you will excel in life. You are protected in God’s hand, no curse, no evil will befall you. Amen.”

Knocking Princess for not having a child, Grace said, “If you had gone through labour pain, you would know cursing an innocent child/ren is a No.

“There are some children that naturally have back to sender spirit. Curse whosoever that offended you. These children are innocent!!! God made you win. He did no evil.”

This comes days after Fabiyi and Grace engaged in social media squabble over s*x-for-role claims and domestic violence accusations.