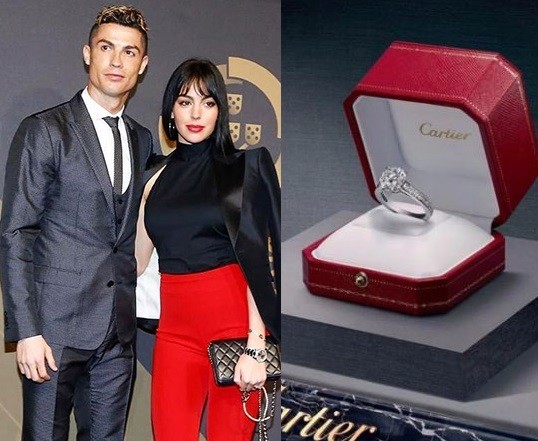 Cristiano Ronaldo engages girlfriend with ring worth of N300m (Photos)

Cristiano Ronaldo is one of the richest sportsmen in the world, and it looks like he has splashed a whopping sum in ensuring he ties the knot with his Spanish girlfriend, Georgina Rodriguez.

According to Sun UK, the Real Madrid striker appears to have spared no expense, with estimates suggesting he forked out a whopping £615,000 (N300m) on a Cartier engagement ring.

The French Jewellery company recently advertised the engagement ring which cost around £615,000, and Georgina commented on the post with heart emojis.

The news comes days after Georgina took to her Instagram story to flaunt a sparkling ring on her ring finger.