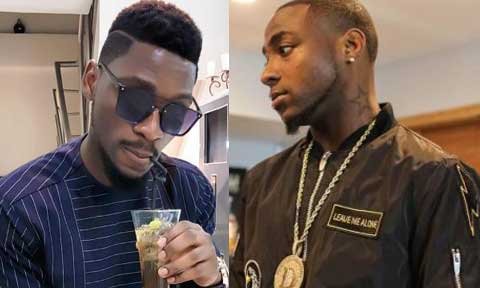 Nigerian multi-award winning singer Davido is not in good terms with Tobi as he has un-followed him on instagram and decides to follow Nina and Miracle.

Davido had spent some time with Tobi’s ex-lover Cee-C and they even flew back together in Davido’s Private jet and it is believed that Cee-C had told him something to warrant his action.

Davido was a huge fan of Tobi during his time in the house even after the show but after his meeting with Cee-C things change has he now follows Cee-C instead.

Tobi is not disturbed by this as he has nothing against him because he still follows him on social media.