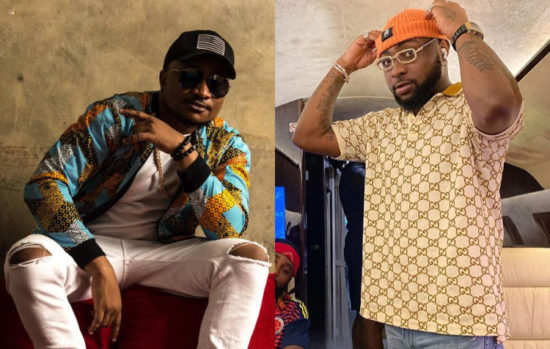 Davido has confirmed that he was a piano lesson student to popular music producer, Sunday Ginikachukwu Nweke popularly known as Masterkraft.

He confirmed this after music blogger, Ovie stated a random unknown fact about celebrities in the Nigerian music industry. 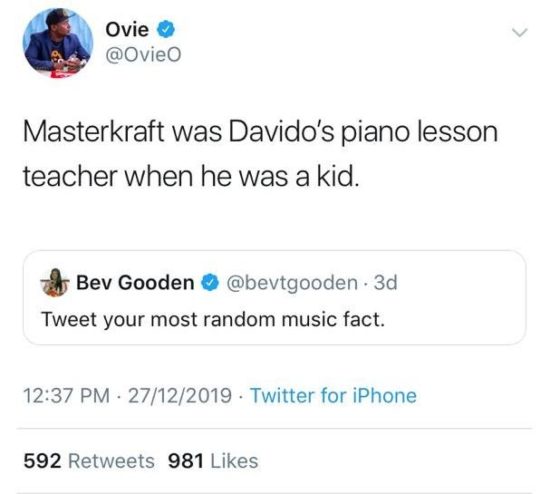