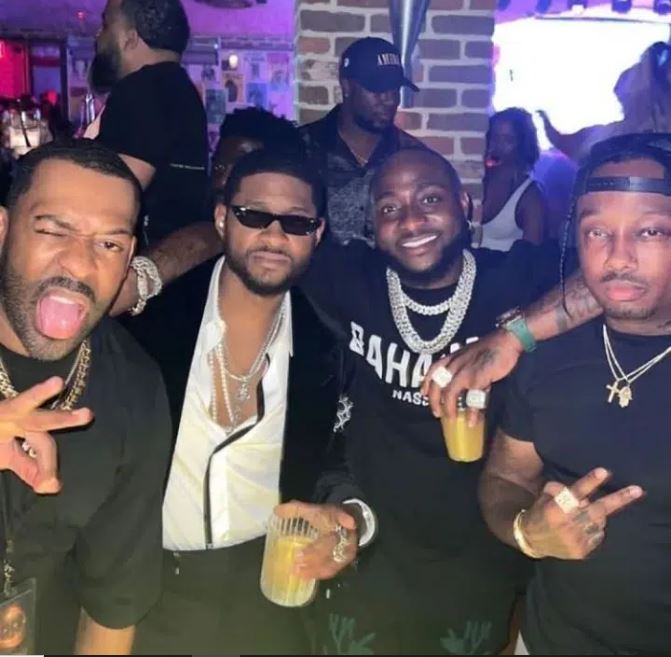 Davido, a Nigerian musician, has praised American singer, Usher after they club together.

The musician proudly displayed the music legend who inspires and drives him even though he isn’t in the nation.

Davido referred to the American artist as the biggest mentor on his Instagram story.

He captioned a photo of himself and the artist in a club, “My mentor.”

READ ALSO: Davido Showers Praises On Wizkid’s Mom After Meeting At The Airport

This comes shortly after Davido praised Wizkid’s mother, a rival of his, when the two met at the airport.

The excited father of four was unable to contain himself and even volunteered to assist her in carrying her bag.

Wizkid’s mother was praised by Davido as an incredible woman.