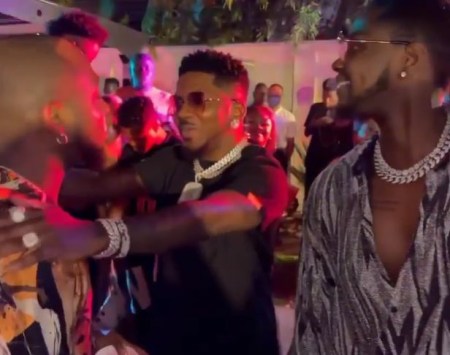 Nigerian singer, Davido has been spotted hanging out with Kizz Daniel and Skiibi at his new Banana Island House.

Recall that Davido and Kizz Daniel grew apart after the release of their one ticket collabo.

It happened that Kizz Daniel made accussations of assault on his Manager by Davido’s camp, which made the two fall apart.

But, it seems that the two are now in talking terms as he attended the singers housewarming party.