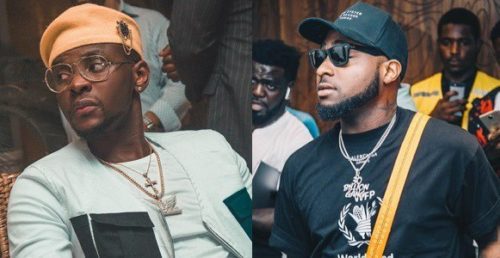 Davido Has A Spiritual Problem, That’s Why He Can’t Win Grammy

According to him, Davido has a spiritual problem.

He also urged singer, Kizz Daniel against dating the daughter of Iyabo Ojo.

This comes following reports that the two are seeing each other.

Maduagwu however stated that Kizz Daniel is destined to win a Grammy for Nigeria following the success of his song Buga.

“Dear Kizz, listen to this prophecy, no be everything wey sweet dey good for body. Buga is destined to put you on the world map, because it is your turn to bring home Grammy, David suppose bring home Grammy last year, but he got carried away by universal Ama Ikebe FC and refused to fulfill his marriage promise to chef, now the gods in Owerri are playing Snake and Ladder with his career, he has made history as only Naija singer to collabo with most American singers, yet no Grammy, his problem is spiritual”