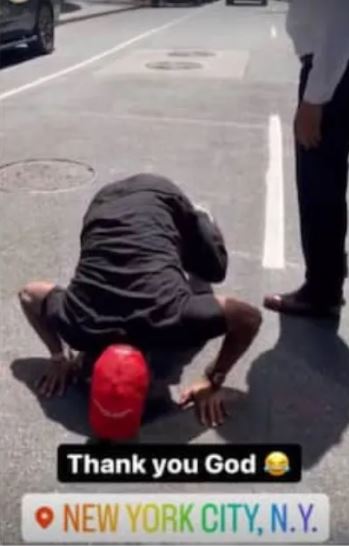 Superstar singer,  Davido, has arrived in New York to kick off the first leg of his We Rise By Lifting Others (WRBLO) tour.

The music tour is slated to begin on June 16 in North America and he is excited over the itinerary.

The ”FIA” crooner first his rubbed driver’s belly before lying down on the hard ground and kissed it as he called on his men to follow him.

He captioned; ”Thank you God”.