Davido Named The Most Shazamed Nigerian Artiste in 2021 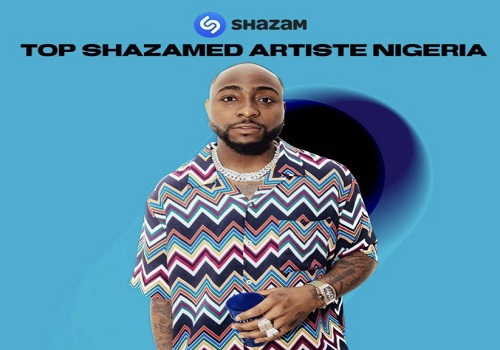 Afro-pop singer Davido has added a new accolade to his name.

Davido has been named as the most Shazamed artiste in Nigeria for 2021.

The music superstar has been announced as the top Shazamed artiste in Nigeria for the year, which explains that a large number of people in Nigeria use the application to identify his songs whenever it comes on.

Shazam is an application that can identify music, movies, advertising, and television shows, based on a short sample played and using the microphone on the device.

In 2020, Burna Boy was named the number 1 artiste on Shazam in Nigeria which meant that his songs were the most searched for on the app.

While acknowledging the achievement, the “Twice as Tall” singer had taken to the microblogging app to thank his fans for their support.

He wrote: “Thank you for connecting with my music enough to make me the most Shazamed artist in, even in what is arguably the most bizarre year of our generation. That is why I do this.”