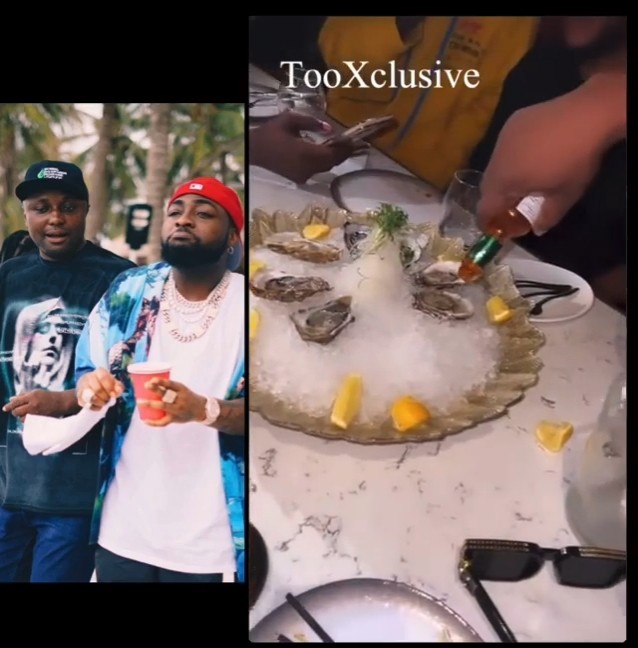 Nigerian super star, Davido has been spotted in a video teaching his logistic manager, Israel DMW how to eat oyster.

It happened after Israel joined the singer and other 30BG crew members for a dinner date.

A large tray of oysters was served and Davido encourage the aide to help himself to one serving but Isreal was reluctant as he had never tried it out before.

The music sensation further instructed him to garnish the oyster with chilli sauce and explained to him to suck it in. The aide followed the words of his boss and helped himself to the treat.

Davido is planning to hold a concert at the O2 Arena, hence the reason he desires for DMW to learn the ways of the British people ahead of their London trip.