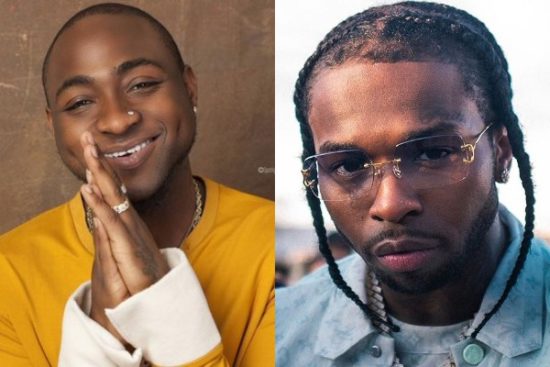 Davido has revealed that his collaboration with late Brooklyn rapper, Pop Smoke is set to drop June 12.

Pop Smoke was found dead in his apartment in the month of February, his death was treated as a robbery gone wrong but authorities said his death would be treated as a homicide.Pop Smokewas buried in March.

Davidowas one of the celebrities who mourned his death and his artiste manager, Bankuli later revealed that Pop Smoke had a song with Davido and had planned on visiting Africa.

Earlier yesterday, Steven Victor, head of Victor Victor, the label to which Pop Smoke was signed announced that aPop Smokeposthumous album will be released onJune 12.

Davido later announced that the collaboration he had with Pop Smoke will also be dropping on June 12.