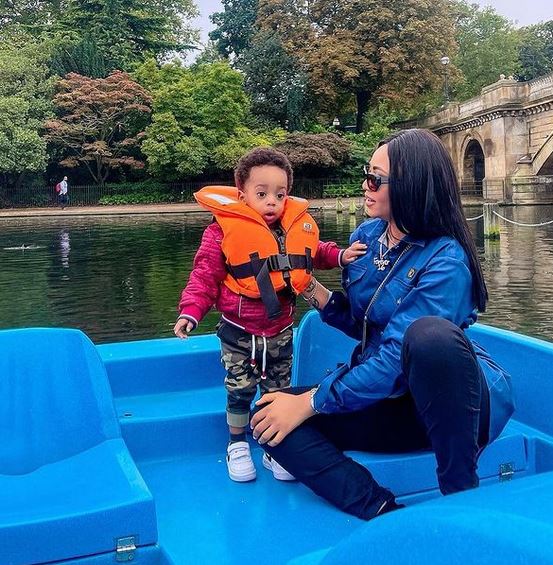 ”Do You Think I Post My Son Too Much”?- Regina Daniels Asks After A Friend Told Her She Is Exposing Him To Evil Eyes 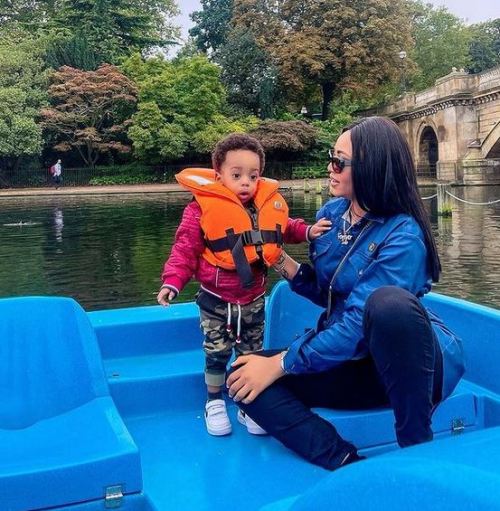 
Nigerian actress and billionaire wife, Regina Daniels took to social media to ask if she is posting her son, Munir Nwoko so much on her page.

The mum of one said she is asking because a friend of hers had reached out to her to ask her to stop showing off her son on social media as she will be exposing him to evil eyes.

She said she mentioned to the friend that she doesn’t believe in such things.

She however noticed that the same person who was complaining that she was showing off her child on social media is now doing the same thing. 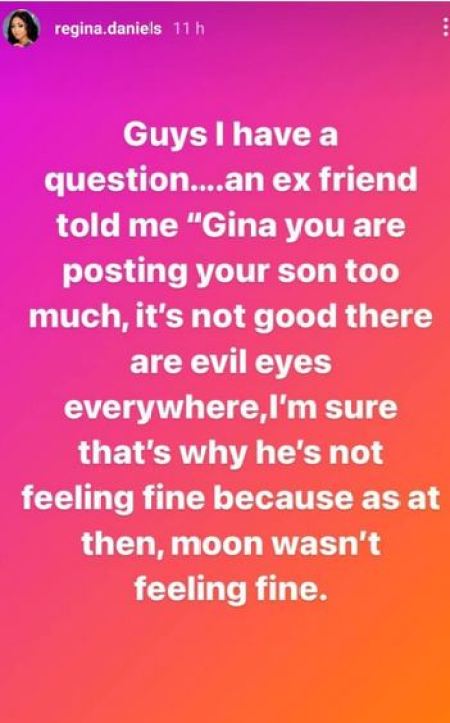 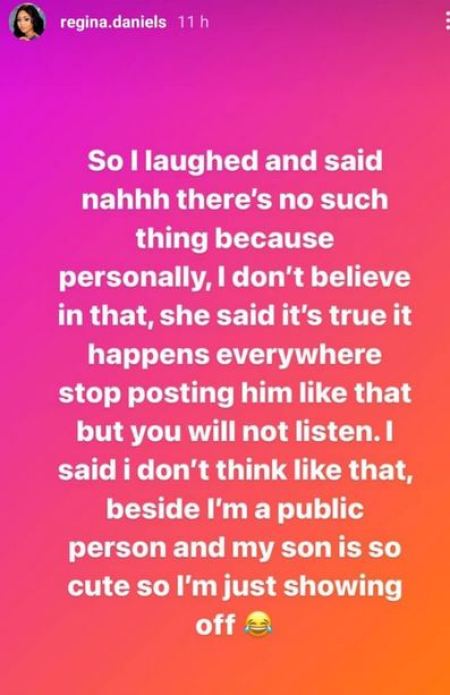 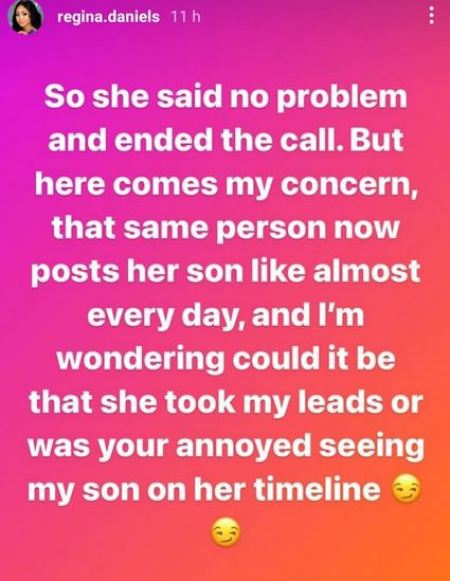 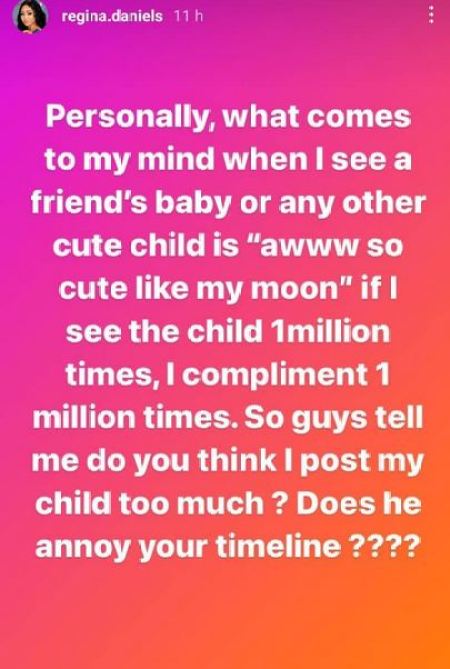