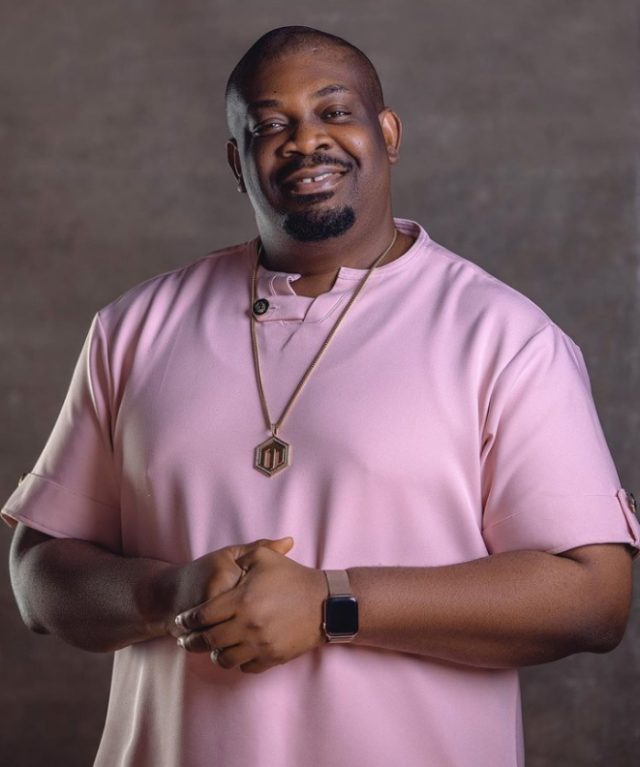 Nigerian musician and record label owner, Don Jazzy has sent a warning to a Twitter user who has announce an ambitious quest to tattoo him on his body.
The man, Serfrankie announced his plan to draw a tattoo of Nigerian singer, Don Jazzy on his forehead on Twitter.
This is coming days after a lady was bashed online by ex BBNaija housemate, Ka3na for drawing a tattoo of her.
Although, Ka3na had earlier tweeted that she wanted someone to draw a tattoo of her, the BBN star, slammed the girl after she granted her request. This made the fan allegedly attempt taking her own life by drinking poison.
Following this, Serfrankie said he wants to draw a tattoo of Don Jazzy on his forehead, DonJazzy replied;
“Think am well o. My face strong o. My nose alone sef Ehn”.
See tweets below; 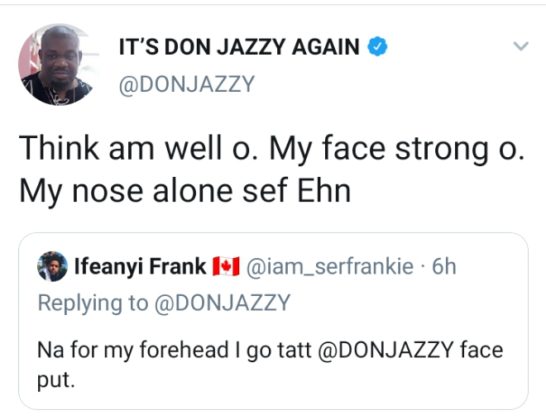