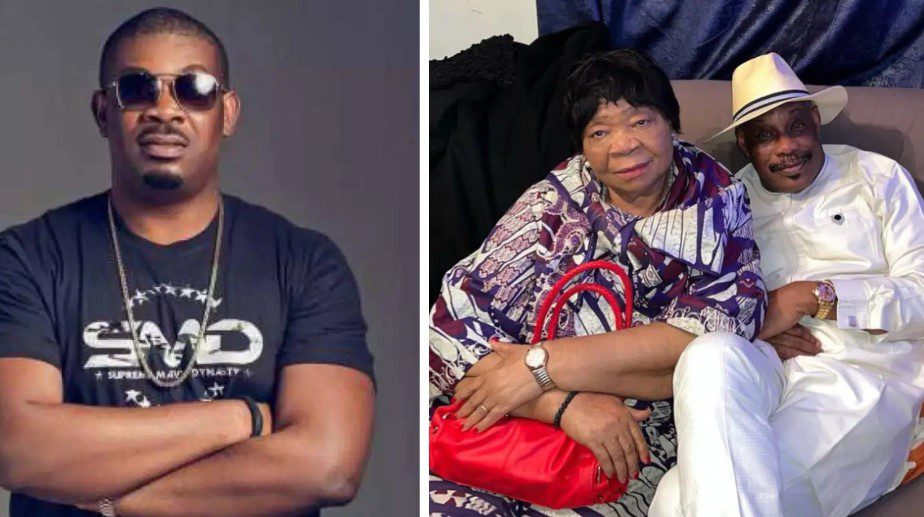 Mavin’s Grandpa, the father of Nigerian music executive, Don Jazzy has broken silence on the death of his wife.

In the post shared on his Instagram page, the music producer’s father said he’s aware that his wife is in a better place now.

While expressing appreciation to his wife, he added that the deceased gallantly fought cancer but God does not want her to feel the pain again.

He wrote: “My dear soulmate and better half that made me whole @indianpicolo. Your husband, children, grandchildren, family, in-laws, brethren in the Lord, kinsmen, friends, fans, well-wishers and the entire Mavin family will miss you but you are in a better place now.

“You fought cancer gallantly but God does not want you to feel the pains anymore. You are now sleeping peacefully with no more pain. Sleep on my love. We thank you for all you did for us.

“We love you but God loves you more. I will not say goodbye to you. We say good night. Adieu, my darling.”

Recall that Don Jazzy took to his Instagram page late Friday night to announce the death of his mother, who has been battling cancer before her death.

He further described his deceased mother as a generous woman who was loved by everyone that ever met her.

Don Jazzy said his mother was strong till the last minute, despite the ailment and called for prayers for the bereaved family and soul of his mother to rest in peace.