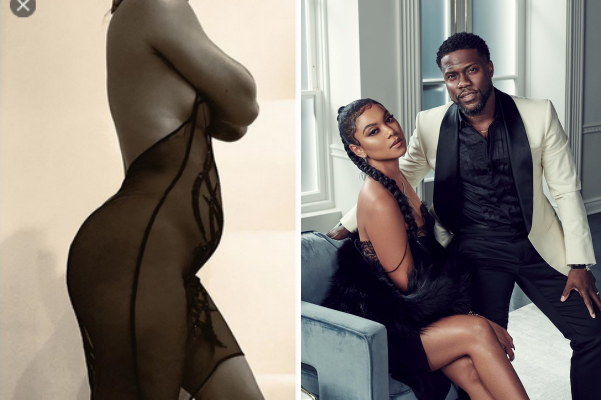 Eniko Parrish And Kevin Hart Expecting Their Second Child Together 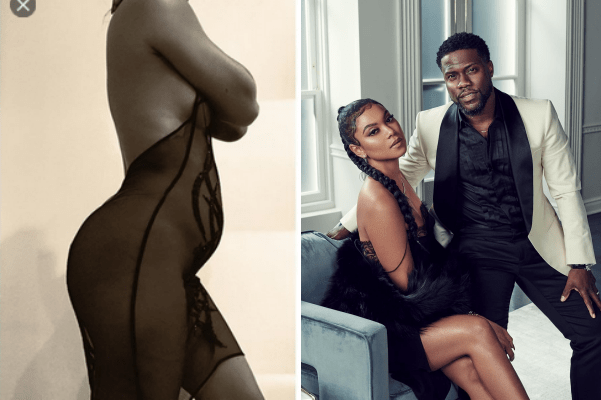 Eniko Parrish and her husband, Kevin Hart are expecting their second child together as confirmed in an Instagram post she shared.

Eniko who stylishly showed off her growing baby bump in a photo she shared, expressed excitement of having a family of 6 soon.

baby #2
in the midst of all of this we’re counting our blessings and couldn’t be more grateful!
soon to be a family of 6!
#glowingandgrowing 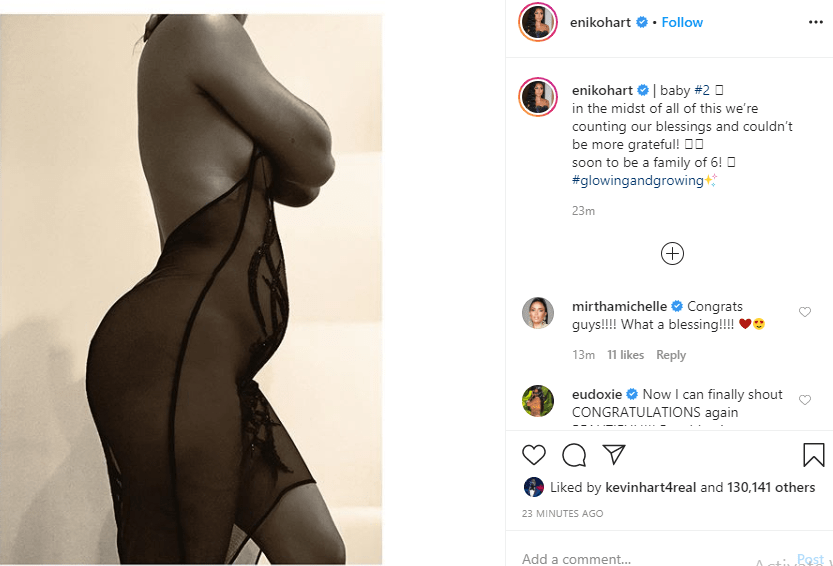 This is coming barely 2 years after the comedian revealed that his wife wants another baby after they welcomed their son, Kenzo in 2017.

In an interview with USA TODAY, Kevin Hart said;

“We’re going to do one more and then we’re going to throw in the towel after that. One more is enough – that’s a loud house. We have a loud one already between the kids and the dogs. So I think adding one more will really complete the Hart family circle and we’ll be done there. That’s it.

“We’re probably going to start trying over the summer. Kenzo is 16 months now, so I feel that’s the perfect gap. That’s almost a two-year window in between, and he’ll be walking, talking a little bit. I’ll take some time off and be around a little more, so we’re trying to plan it out strategically.”

Kevin Hart is already a proud father of three kids: Heaven and Hendrix who he shares with ex-wife Torrei Hart; and Kenzo, his first child with wife Eniko Parrish.