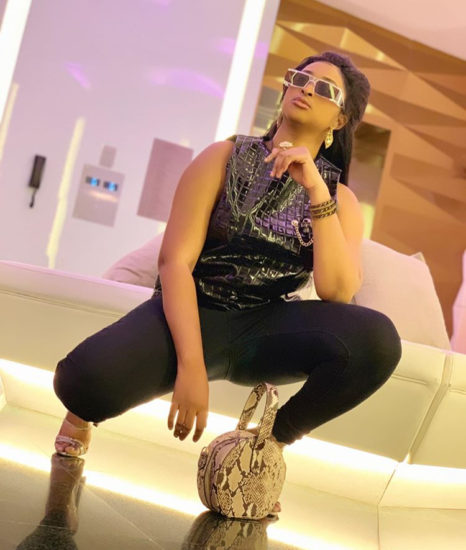 Actress, Etinosa Idemudia puts herself in the face of public rage after she made a comment on a photo of Davido and Chioma at Adewale Adeleke’s wedding yesterday.

She received serious backlash because she went as far as overstretching the caption that Davido added to the photo. Although Davido was obviously referring to haters of her relationship with Chioma, Etinosa’s comment over emphasized the content of his caption and this got many people pissed.

Below is the end result; 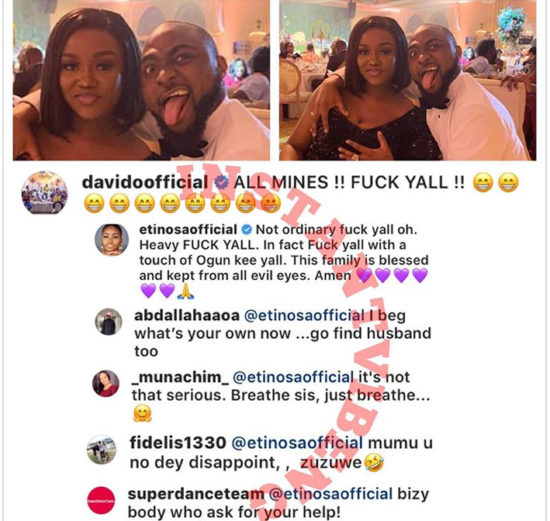